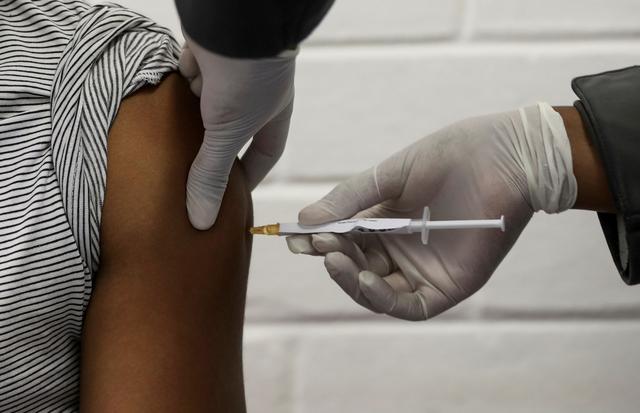 A first shipment of 88 liters of active ingredients to make AstraZeneca’s COVID-19 vaccine in Brazil arrived from China on Saturday, essential input to speed the country’s troubled vaccination program.

With those supplies flown into Rio de Janeiro on a cargo plane, the Fiocruz biomedical center can begin filling and finishing 2.8 million doses. The federally funded center expects to receive more ingredients this month to make a total of 15 million shots of the vaccine developed with Oxford University.

The Fiocruz production line, originally scheduled to start producing in December, has sat idle due to delays getting the first shipment of supplies from China.

The AstraZeneca Plc vaccine is the central pillar of Brazil’s national inoculation program and the federal government has ordered material for Fiocruz to make up to 100 million shots.

Pfizer Inc applied on Friday for full regulatory approval in Brazil of its COVID-19 vaccine developed with BioNTech Se, the company said.

It is the second vaccine submitted for registration in Brazil. AstraZeneca applied on January 29 for full regulatory approval of its vaccine.

resident Jair Bolsonaro, who says he will not take any COVID-19 shot, is under pressure after a slow and patchy vaccine roll-out in Brazil, which now faces a second wave of infections.

Bolsonaro referred to the virus as a “little flu” but his government faces mounting criticism over its handling of the world’s second-deadliest coronavirus outbreak that has killed more than 231,000 Brazilians.

Sao Paulo’s Butantan biomedical institute said on Saturday it has begun to fill-and-finish 8.6 million doses of Sinovac’s vaccine called Coronavac with ingredients that arrived from China on Wednesday.

Butantan said it expects to receive another supply of ingredients on Wednesday to make an additional 8.7 million doses.