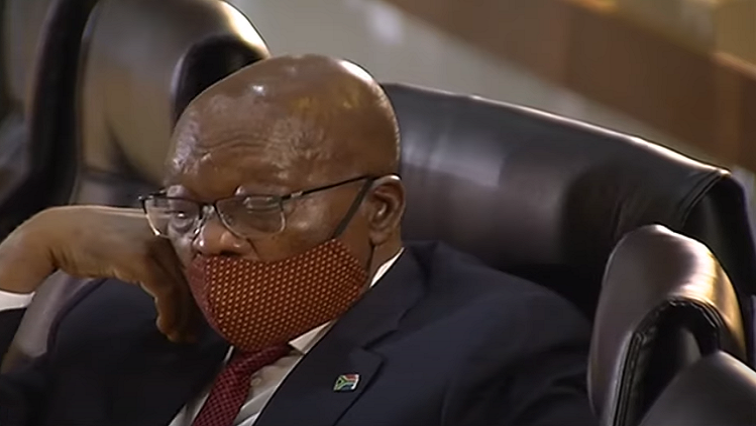 Deputy Chief Justice Raymond Zondo will on Tuesday rule on whether he will recuse himself from hearing the testimony of former President Jacob Zuma.

Justice Zondo on Monday read a statement at the State Capture Commission in Johannesburg denying having a friendship with Zuma or Zuma having had a part in advancing his career.

Commission lawyers, however, rejected the claims saying they did not pass the test of what constitutes bias and therefore Zondo should stay put.

Evidence leader at the State Capture Commission Paul Pretorius has challenged the application by Zuma and his lawyers for the recusal of Raymond Zondo.

Pretorious says Zuma’s claims do not pass the test of bias as they make no allegation of actual bias against their client by Justice Zondo.

Pretorius also says Zuma’s legal team is not alleging that Justice Zondo has made up his mind on testimony already heard.

“The claim before you Chair is not that the chairperson’s mind is made up and not open to persuasion, it has not been said to you chair that what you have said is not open to being persuaded that you can change your mind. In that case the test for recusal is not met. In that case, there is no ground for the reasonable apprehension of bias but merely an apprehension by the applicant that adverse findings can be made against him.”

Zuma’s lawyer Muzi Sikhakhane says the test regarding bias on the part of a judge must be that a reasonable person can believe that they will receive a fair trial.

Sikhakhane says he will demonstrate that Zondo’s conduct shows he is not impartial.

“As much as this environment is easy for you, for me and for Mr Pretorious it’s not easy for a client or for an ordinary citizen as an accused because it does not matter what we say about Mr. Zuma. The narrative is that Mr. Zuma sits as an accused and therefore that is the context in which you must look at his apprehension about this commission’s choice of witnesses, this commission’s comments during the testimony of those witnesses.”

INFOGRAPHIC: The relationship between Raymond Zondo and Jacob Zuma

The post Zondo to rule on whether he will recuse himself from Zuma testimony appeared first on SABC News – Breaking news, special reports, world, business, sport coverage of all South African current events. Africa's news leader..