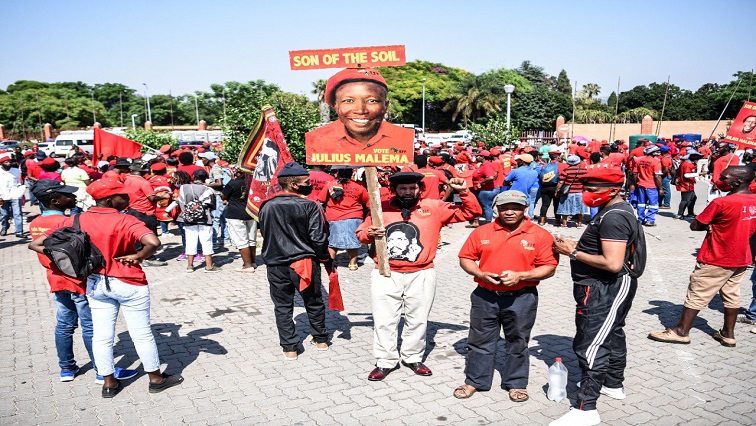 Lawyers for Economic Freedom Fighters leader Julius Malema and party MP Dr Mbuyiseni Ndlozi’s have questioned Colonel Johannes Venter’s testimony that he was provoked, during cross-examination at the Randburg Magistrate’s Court on Thursday.

Advocate Lawrence Hodes is cross-examining Venter on his testimony that he was assaulted by the pair at the funeral of struggle icon Winnie Madikizela-Mandela in 2018.

On Wednesday, the court played CCTV footage of the incident when Venter refused to allow Malema’s vehicle into the cemetery.

“I was pushed” – Venter outlines details of alleged assault by Malema, Ndlozi

Employed at the Presidential Protection Unit, Venter has told the court that both Ndlozi and Malema pushed him as he tried to explain that they can’t enter the cemetery using a vehicle, but only by foot.

The case has drawn a lot of public interest with thousands of EFF members also picketing outside the court.