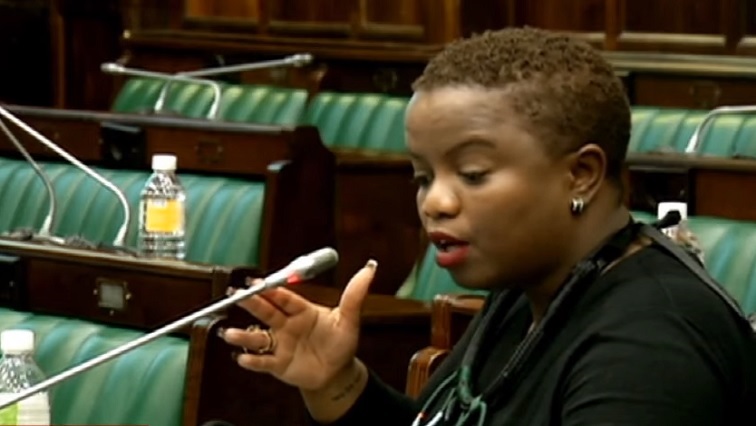 Democratic Alliance MP, Phumzile Van Damme, has vowed to challenge her party after DA leader  John Steenhuisen allegedly granted her a sabbatical without her having asked for it.

I have been informed by the Federal Leader of the DA @jsteenhuisen that he is granting me a sabbatical. I didn’t request it. He merely informed me. I could walk away, but I choose to stay, and challenge it ON PRINCIPLE.

The MP says she’s been on sick leave, which is set to end on 15 December, for three months now. However, she says, she has been working and excelling at it – thus her confusion about the DA’s decision.

Van Damme says she had disclosed her illness even though she didn’t need to and now it’s being used against her. The tweets come as Steenhuisen is finalising talks about reshuffling the party’s Shadow Cabinet, where Van Damme served as Shadow Minister for Communications.

“I want to be in the arena. I want to be brave with my life. And when we make the choice to dare greatly, we sign up to get our asses kicked. We can choose courage or we can choose comfort, but we can’t have both. Not at the same time.” – Brené Brown

The DA is yet to respond to Van Damme’s claims.

South Africans have taken to the news like a duck in the water, expressing mixed views.

They are coming for Phumzile Van Damme the same way they did with Lindiwe Mazibuko, Herman Mashaba & Mmusi MyMoney.

We fight every day to stay in corporate SA that often behaves like the DA. We are there on merit and we also deserve the rewards that comes with it, yet we know that the system will never want us. So my sympathies are with Phumzile https://t.co/tv5CFSxwhU

The DA only wanted Black Faces to be the ones making noise about President Jacob Zuma . Jacob Zuma is in Nkandla now and they being dumped like used Tissue Paper

I have no sympathy for anyone who has ever spoken sideways about His Excellency Former President Jacob Zuma.

I dont care what happens to those people . PHUMZILE VAN DAMME

I admire the determination to stay and fight, but why fight for those who clearly won’t fight for you? Sorry, Phumzile. And get better soon. https://t.co/MoRgMXqwy8