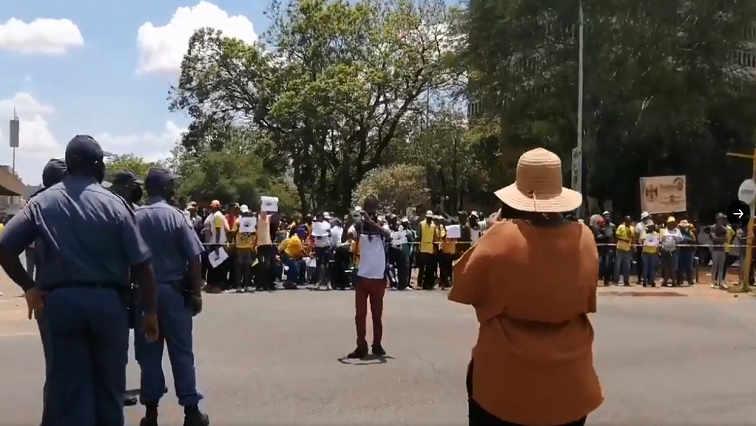 But members of the forum were not deterred.

The Forum was demanding better service delivery and business opportunities for locals.

The Rustenburg Local Municipality says plans are in place to address service delivery concerns. However, the local authority called for concerned groups to use available channels to raise matters.

In a statement, the municipality denounced the Forum’s march as a ploy by North West Arts and Culture MEC, Tlhapi Galebekwe, as she had been tagged in various social media posts calling for the city’s shutdown.

“The municipality is aware that some of the people who have been calling for the shutdown of Rustenburg are officials of the Department of Culture, Arts, Sports and Recreation in the North West province. The executive mayor has expressed his concern at the situation in respect of these individuals,” says spokesperson for the Rustenburg local municipality, David Magae.

But, MEC Tlhapi Galebekwe released a statement on social media and says that the unnecessary public spats that seek to create divisions between the department she heads and the municipality – are regrettable and should be condemned with contempt.

police and traffic officials deployed in Rustenburg in North West after traffic on N4 was interrupted by members of the Greater Rustenburg Economic Change Forum. Forum embarked on Shutdown Rustenburg March to call for better service delivery and business opportunities #sabcnews. pic.twitter.com/0H6XNyKPu4