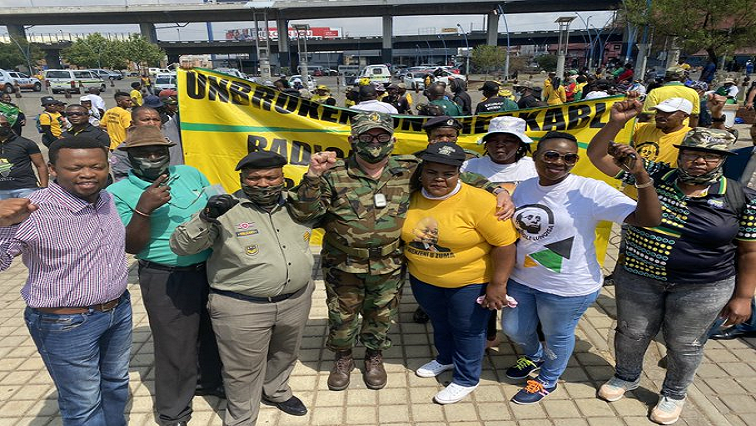 Hundreds of people dressed in ANC regalia, led by Carl Niehaus, on Friday, handed over a memorandum of grievances to the Secretariat of the State Capture Commission.

This came as  Zuma was issued with a summons to appear before the Commission next month.

The commission will hear an application for an order Authorizing the Secretary of the commission to issue a summons for the former President, Mr Jacob Zuma, at 09:00 tomorrow, it will also hear evidence from Mr Zola Tsotsi and Ms Matsietsi Mokholo.#StateCaptureInquiry pic.twitter.com/zUajALCuLU

Niehaus claims that Justice Zondo not recusing himself would be an injustice for Zuma.

Protest march for the recusal of Deputy Chief Justice, #RaymondZondo, as Chair of the #CommisionOfEnquiryIntoStateCapture. pic.twitter.com/6WDnkGMTsv

Meanwhile, Evidence Leader at the State Capture Commission, Advocate Paul Pretorius has explained why it is necessary for former President Jacob Zuma to appear before Commission.

Pretorius says much of the corruption related to State Capture occurred while Zuma was president and the Commission’s terms of reference require that he must account for what happened.

Justice Raymond Zondo has made concessions for Zuma to appear, given his age, and has ruled that Zuma can appear remotely if he so wishes.

Pretorius tells the Chairperson that there is about 34 witnesses which implicated Mr Zuma, he says it is necessary for the commission to call Mr Zuma before the commission to answer those allegations made against him#StateCaptureInquiry

Friday’s sitting of the Commission:

Zuma vs Zondo | Experts label it bizarre and a desperate attempt to hide the truth: