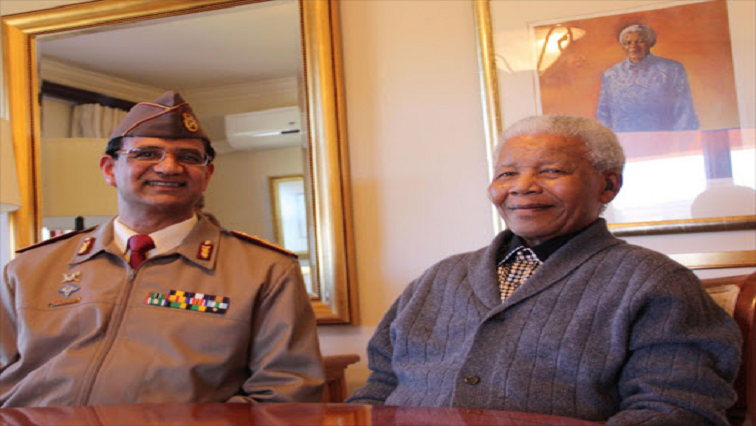 Health Minister Dr Zweli Mkhize has described the late Lieutenant General and former surgeon general of the SANDF Vejay Ramlakan as a humble person who did not use his contribution to the struggle to assume high positions in government.

The Minister was addressing mourners during Ramlakan’s military funeral service at the Durban City Hall on Saturday. He says Ramlakan served the country with diligence.

“He was not driven by greed or self-interest and he was never consumed by the factional tendencies that have ravished our movement to make it barely recognisable. Leaders needed all to be reminded the ANC is not a passport to high office or for self-enrichment, but it was a movement created for all our people as an instrument for liberation from oppression. Comrade dies at a time when the county is facing several crisis that requires honest and principal leadership.”

Meanwhile, Ramlakan’s children also got an opportunity to pay tribute to their father. His eldest daughter Rosa says her father had big and small plans for his life.

“My dad still had plans for his life. He had big plans and small plans. He’s beyond them now but me, my sister Arusha, my brother Kieran and cousins and the very many people my dad was a father figure to, are left to wonder what we will do in his absence. Who will be there when we need help in the middle of the night? Who could we trust to help us? I’m going to miss you dad; thank you, dad.”

Tribute by the SANDF

Spokesperson of the SANDF Colonel Sthembiso Ngqakayi says the death of Vejay Ramlakan was premature, adding that the county could have benefited so more from him.

“He was one of those leaders who stood head and shoulders above the rest. He was an intelligent general, a good medical doctor but a soldier at the same time. His passing has dealt us a very heavy blow we are here today to lay him to rest in dignity because he deserves this kind of dignity and the military that we are according to him. He was no doubt a change agent. We believe that his departure was premature. We still needed him around. He did a lot for the country.”

Ramlakan has been described as a great leader and an intellectual who contributed so much to the country’s military health.