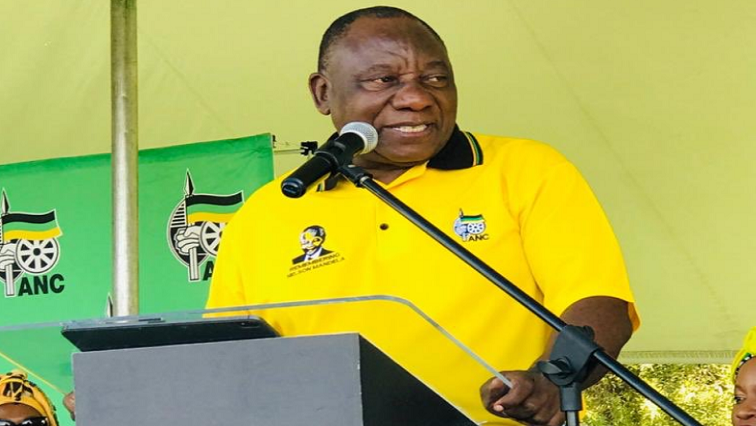 The African National Congress (ANC) president Cyril Ramaphosa has called on South African Student’s Congress (SASCO) to play its role in conscientising and mobilising society. Ramaphosa was speaking at the 29th virtual anniversary rally of SASCO on Sunday.

He says the ANC needs to have highly-educated people who can achieve the vision of a prosperous and inclusive society.

Marking 29 years under the new norm of doing things, the ANC president called on the youth to step up.

“We need young people who are conscience, whose level of consciousness is at a very high-level conscience of the task at hand and who will participate both in the conceptualisation and implementation of our program of fundamental socio-economic transformation.

“SASCO also has an immense role to play in the creation of conscience and mobilised citizenry on which the success of the national democratic revolution is dependent,” adds ANC president.

He says it is important that SASCO members lead by example and show excellence in their studies. Ramaphosa reminded the youth formation of its responsibility to the country’s future.

Meanwhile, SASCO has threatened to make the country ungovernable if its demands are continuously ignored. Their demands relate to free tertiary education.

SASCO president Bamaye Matiwane cited the examples of the Arab Spring – the series of anti-government protests that spread across much of the Arab world in the early 2010s – as well as the Fees Must Fall movement five years ago.

Offering the South African Democratic Teachers Union’s message of support to SASCO, General Secretary Mugwena Maluleke has called for the transformation of universities in the wake of the COVID-19 pandemic.

“We cannot go back after the pandemic to the same universities, same curriculum, same programmes that we have had. We have to understand that the pandemic has exposed the vast inequalities that are there in our universities. It has been able to show how we have not been able to drive this particular programme so that we are able to address the infrastructure and logistical issues that our students are experiencing,” Maluleke explains.