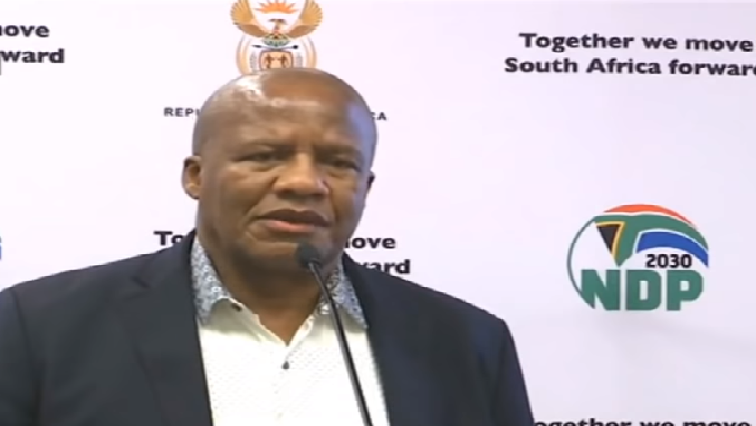 Minister in the Presidency Jackson Mthembu says corruption around the procurement of Personal Protection Equipment is tantamount to murder.

President Cyril Ramaphosa is expected to answer questions in the National Assembly on Thursday afternoon on corruption related to the coronavirus pandemic.

He will also face questions on the role of the inter-ministerial committee he set up to oversee the procurement of goods and services to combat the pandemic.

Briefing the media in Pretoria on the latest Cabinet meeting, Mthembu said corruption also robbed the poorest of the poor of what was supposed to protect them.

“When people do not have PPE because money has been stolen and they die because they don’t have PPE then the analogy that this is tantamount to murder is very correct. So all those who are engaging in fraudulent activities there is absolutely nothing wrong in catogorising these deeds are murderous.”

Below is the video of the Cabinet briefing:

Meanwhile, Cabinet says it has not discussed a ban on the sale of alcohol with the Coronavirus Command Council. Members of the public embarked on the panic buying of alcohol a few days ago.

This comes after a mysterious Whatsapp message started doing the rounds claiming the ban on the sale of alcohol would soon return. Government said it was fake news.

“There is no such discussion before either Cabinet of the NCCC on banning alcohol. None what so ever there is no such a discussion. What do we do of the person who decided to tell people lies. We leave that to law enforcement agencies.”

Below is the full Cabinet statement:

ANC serious about rooting out corruption

The African National Congress (ANC) has reiterated that it is serious about rooting out corruption. This after President Cyril Ramaphosa penned a letter to ANC members, conceding that the governing party is deeply implicated in corruption allegations.

He has urged members facing corruption allegations to step aside from their duties while their cases are being heard. ANC secretary-general, Ace Magashule, has also requested that his colleagues declare their financial interests and any pending police investigations.

This follows a decision by the National Executive Committee (NEC) that the party’s officials oversee an audit of members facing charges or disciplinary cases.

ANC Spokesperson, Pule Mabe says: “The letter written out by the President is consistent with what was expressed by the NEC. This is just a demonstration that we are quite serious about dealing with the rot of corruption. Before the president could write this letter, the SG conveyed a memo on the declaration of interests by ANC leaders and MPs and councilors, so we can begin to know the kinds of financial interests our cadres have got.”

In the audio below is ANC Spokesperson Pule Mabe: