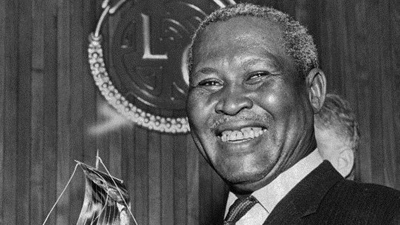 The lecture will be held virtually due to the COVID-19 pandemic.

Mlambo-Ngcuka, who is currently based at the United Nations as the executive director of UN women, is expected to touch on a range of issues including Gender-Based Violence (GBV).

This year’s theme is “The 1995 Worlds conference on Women: Where to for South Africa and the continent?”

The 14th edition of Chief Albert Luthuli of the lecture is due to start at 3pm on Saturday.

Inkosi Albert Luthuli was born near Bulawayo in Zimbabwe in 1898. In 1908, the family moved to Groutville in KwaZulu-Natal.

A qualified teacher, Luthuli went on to become a Methodist church preacher.

In 1920, he continued with his studies and took up a teaching post at Adams College.

He was elected the 9th president of the ANC in December in 1952.

Luthuli was the first African to be awarded the Nobel Peace Prize. He died on the 21st of July in 1967.

Then it was said he had been struck by a train. However, his family still believed there could be some untold truth and has called for fresh investigations into his death.