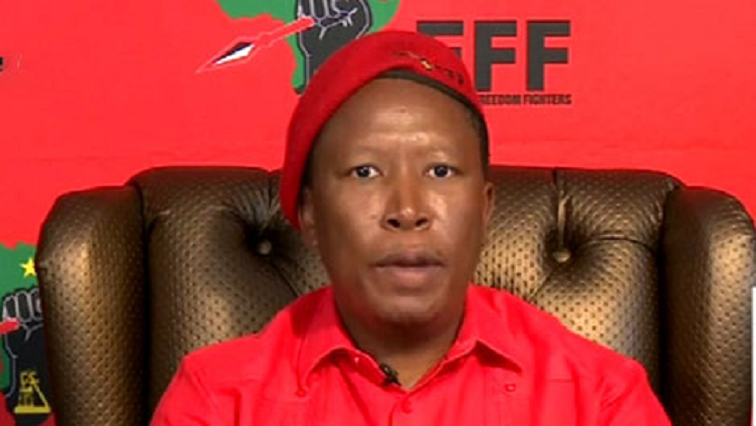 The East London Magistrate’s Court, in the Eastern Cape has postponed the case of Economic Freedom Fighters (EFF) leader Julius Malema to the 15th of January 2021, for a pre-trial conference.

Malema and his co-accused, security official Adriaan Snyman have been charged with discharging a firearm in public during the EFF’s fifth anniversary celebrations at the Sisa Dukashe Stadium‚ in Mdantsane‚in 2018.

The incident was caught on video.

Malema is facing five charges, including the unlawful possession of a firearm and ammunition, discharging a firearm in a built-up area or public space and reckless endangerment to person or property.

Warrants of arrest issued for both Malema and his co-accused for failure to appear in court ealier this year have been held over.

In the video below, AfriForum lays charges against Malema for ‘violating gun laws’: