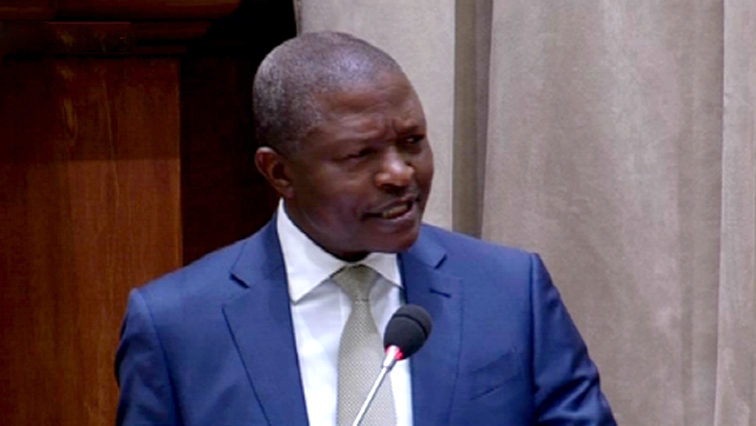 Deputy President David Mabuza is expected to face a question and answer session in the National Council of Provinces (NCOP) on Thursday, after recovering from ill-health.

Mabuza was scheduled to answer questions two weeks ago but asked for a postponement.

Mabuza’s ill health prevents him from appearing in Parliament:

As the country heads into another day of stage4 load shedding due to a number of breakdowns attributed to ageing and ill-maintained infrastructure,  Mabuza will answer questions on the restructuring of power utility Eskom.

Mabuza’s spokesperson Matshepo Seedat says, “The deputy president will respond to amongst others, progress on the restructuring of Eskom, land reform as well as issues related to the fight against HIV and AIDS in as far as COVID-19 response is concerned.”

Mabuza said he was feeling better now and has been back at work for the past ten days.

“This I think it’s my tenth day at work and my health situation is improving, so I am grateful that I survived. Some of our people already were circulating information that I’m dead – well I’m still alive. It was a very difficult situation of course when you’re ill – it’s not an easy situation.”