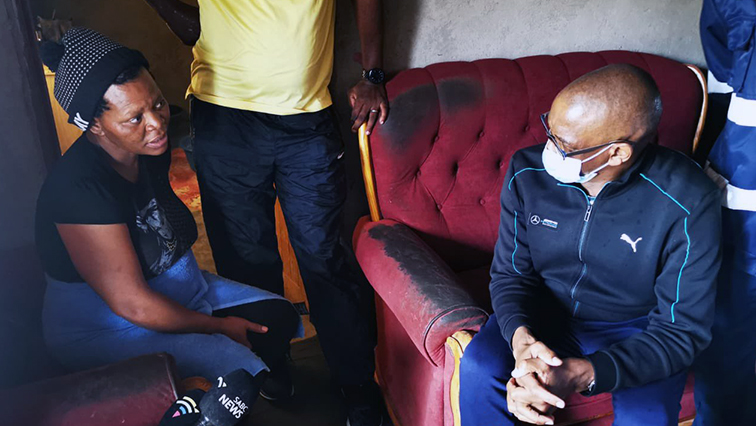 African National Congress (ANC) Secretary General Ace Magashule says indigent policy needs to be reviewed to ensure that households who do not have income get free basic services such as water and electricity.

Magashule led the party’s door-to-door campaign ahead of by-elections in Ward 14 of the Polokwane Local Municipality in Limpopo. He expressed concern over the disconnection of electricity for destitute families who owe the municipality money for water.

He visited Luthuli outside Polokwane to lobby voters to vote for the party in the by-elections on November 11, 2020.

During his door-to-door campaign Magashule encountered power outages in a number of houses. Some houses in the area have had their electricity disconnected by the municipality for failing to pay water accounts.

Magashule says municipalities must provide water and electricity to needy families for free.

Refiloe Kudibona, a resident whose electricity has been disconnected in Luthuli outside Polokwane, told Magashule that she owes R25 000 for water.

She says, “The municipality disconnected my electricity because I’ m unable to pay the water bill. I’m owing water and I can’t pay it. I owe R25 000.”

Meanwhile, Magashule also spoke about the decision of reinstating the ANC’s deputy chairperson in Limpopo Florence Radzilani and the treasurer Danny Msiza to their positions.

The two were requested to step-aside after they were implicated in the VBS saga.

Magashule says “We have consulted thoroughly and comrades are back, they are doing their work. We respect our community, we understand that there are concerns but presumption of innocence is very very important. It is the universal principle. I think the comrades have started working and we said they must be in touch with communities.”

The by-elections in Ward 14 in Luthuli follow the death of an ANC councillor.