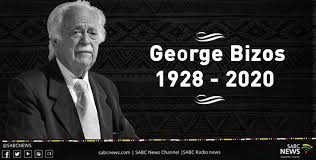 Renowned Human Rights icon, George Bizos, is praised for his role in protecting the country’s democracy. Bizos passed away on Wednesday at the age of 92 after a period of poor health.

He was part of the legal teams of the Treason and Rivonia trials in 1956 and 1964, respectively, defending the rights of activists against apartheid, including Nelson Mandela, Oliver Tambo, and Walter Sisulu, among others.

He continued his work well beyond retirement age – most notably as the head of one of the legal teams representing the deceased Marikana miners.

Below are some of Bizos’ most celebrated moments: