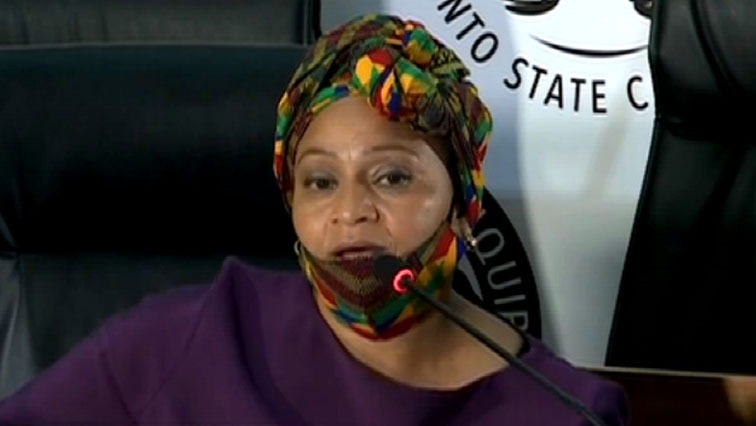 Former Minister Nomvula Mokonyane’s personal assistant Sandy Thomas has told the Commission of Inquiry into State Capture in Johannesburg that former BOSASA CEO Gavin Watson consulted her on the type of flowers and gifts to buy for her boss.

Thomas failed to appear before the Commission on Tuesday last week despite being served with the summons in April. She only appeared in the afternoon with her lawyer requesting a postponement for her evidence.

However a visibly angry commission chairperson, Deputy Chief Justice Raymond Zondo, rebuked Thomas saying her conduct was unacceptable. Thomas apologised and promised to appear before the commission this morning.

She says she has worked with Mokonyane for almost 20 years.

Meanwhile, former Bosasa employee Bongiwe Dube told the State Capture Commission of Inquiry that she was told about a big order of meat for Mokonyane.

Agrizzi told the commission last year that Bosasa used to buy Mokonyane large supplies of alcohol and meat for her Christmas gatherings. He said the company also used to cater for her birthday parties and the funerals of her loved ones.

Dube, whose duties included ordering whatever the kitchen needed – including meat, told the Commission’s chairperson, Deputy Chief Justice Raymond Zondo, how she knew that the order was for Mokonyane.

“How I found out about it is the time when I was asking that we are closed and there’s a delivery which is supposed to come here and these people are asking what is it for and what must I do about it and then that’s when I found out it’s for Nomvula Mokonyane.”