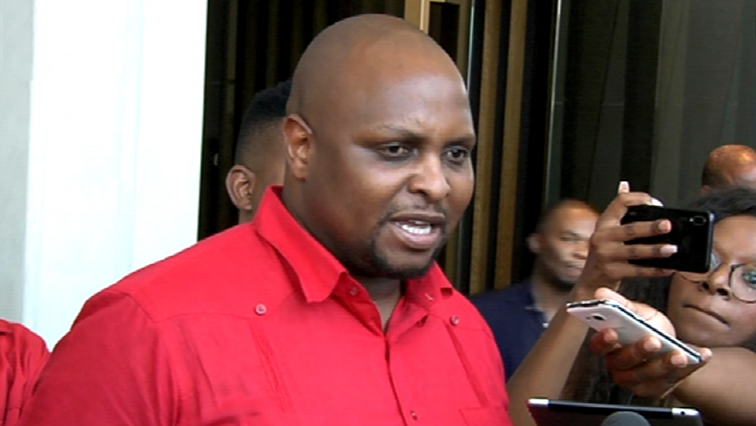 Shivambu is accused of attacking a journalist in the Parliamentary precinct in March last year.

Shivambu was caught on video with his hands allegedly around Netwerk24 journalist Adrian de Kock’s throat.

The case was postponed to March 26.

Shivambu apologised and De Kock accepted his apology but said he had already laid charges with the police.

In the video below, SABC Reporter Abra Barbier was in court during Shivambu’s last appearance: