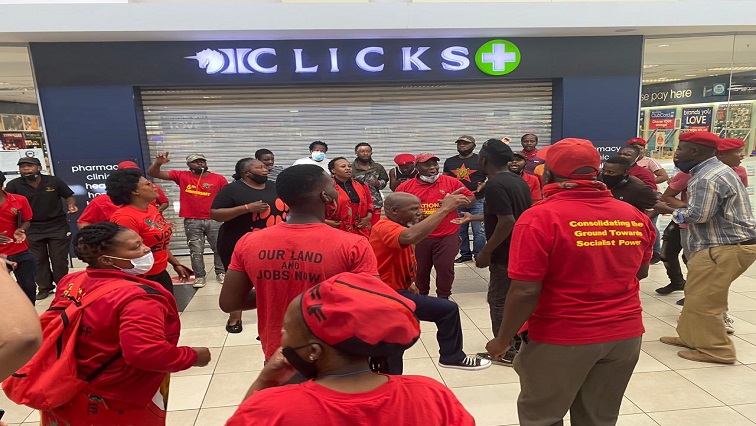 The Economic Freedom Fighters’ Floyd Shivambu says the party will stick to its method of applying intense pressure against racism because their approach leads to victory.
He says the EFF has always ensured that those who engage in racism face some consequences and not get away with an apology.
Shivambu was speaking following talks with retailer Clicks about the racist hair product advert.
In the video below, EFF and Clicks management meet over racist advert:
Clicks removed the brand’s products from its shelves following public outrage and violent protests by the EFF over the online advert that denigrated the hair of black people.

Shivambu says this will serve as a lesson to other institutions.

“We think that it’s a victory because it’s also a lesson to many other institutions that since the formation of the EFF, you are not going to be engaged in racism and just apologise and it’s just left like that, there have to be real consequences for everyone else that is involved in racist activities and that is the modus operandi of what we’re going to engage in, in all the racist manifestations.”

In the video below, At least three Clicks stores vandalised: