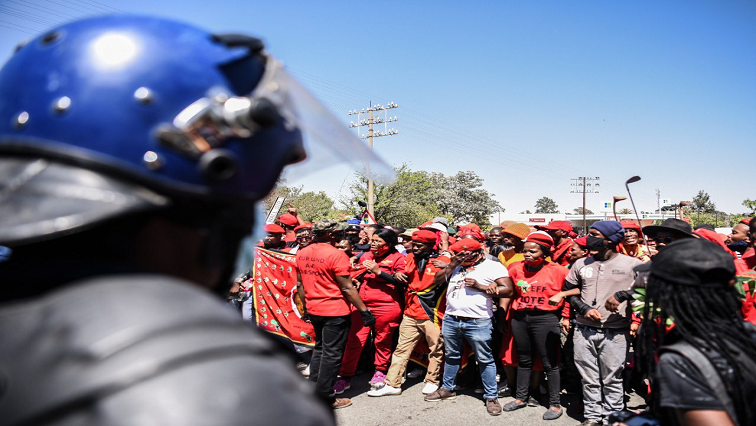 The Economic Freedom Fighters (EFF) has expressed shock over the alleged violence meted out to its members by parents of Brackenfell High School in the Western Cape.

In a statement the party claims that they received complaints from parents of alleged racist practices at the school, which they say has not had a teacher of colour since 1994.

Earlier on Monday, EFF members and parents clashed over a private matric celebration organised by some parents.

Earlier, Western Cape Education Minister Debbie Schafer condemned the clash. She said the event was a private party and warned that if the EFF continues its protest action she will approach the courts to interdict them from disrupting the Grade 12 examinations.

“We went there. It was a very peaceful picketing. We were provoked by a mob of white people who came with guns and private security. I also want to mention that even the police were very biased. There were thousands and thousands of white people outside the premises armed with guns and having dogs around us. The focus was only us only on the EFF. We went there with peaceful picketing to demand to speak to the principal to give us his side of the story on the matter.”

The EFF has vowed to intensify its campaign against alleged racism at Brackenfell High School.