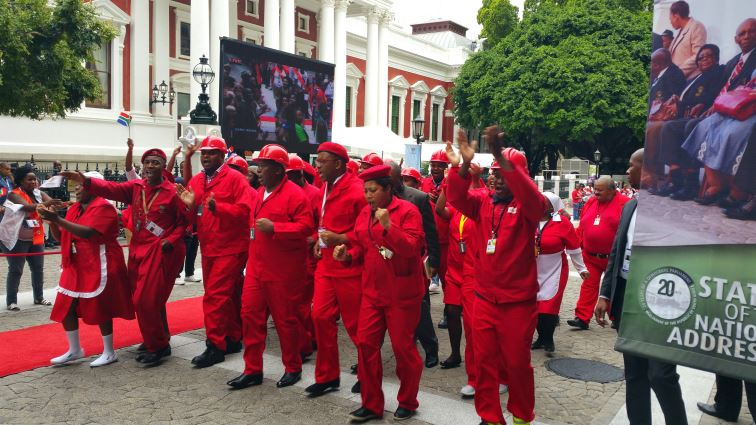 Economic Freedom Fighters (EFF) President Julius Malema has told supporters at Smithfield in the Free State that his party is ready to deal with racist attitudes head-on wherever they emerge in the country.

This was in reference to what happened in Brackenfell in Cape Town where the party held a march against alleged racism last week.

Police used stun grenades and water cannon to break up protesters who were trying to reach the local high school.

The City of Cape Town had authorised a protest by 100 people but close to a thousand EFF supporters took part in the protest.

Malema says his party will eradicate all forms of racism in the country.

“Racism in South Africa is going to fall. They like it or they don’t like it, it’s just a matter of time. We are going to go after racists everywhere. And there will not be a home for racists. They will take a flight or a ship out of South Africa because they will no longer feel comfortable in South Africa.”

Meanwhile the EFF contested by-elections in the Free State during the November polls, but did not win.

Malema says the party will continue with its work for the remaining months before the upcoming 2021 local elections.

“Mofulatshepe belongs to the EFF. We did not lose this ward; we are going to take it is 2021. The ANC won by 47%; how do you win elections by that percent? You must win elections by 50% or more.”

Residents say they are concerned about poor services.

“We are not working. Currently, NSFAS is granted for those whose parents are working already, but us the poor we are not given NSFAS. There’s also a bridge here and our councillor is not living here. Even when we want her at night, she’s not around,” says one resident.

“We have a shortage of land and there are poor services in our township,” says another resident.

[In Pictures]: CIC @Julius_S_Malema told people of Mohokare that we should never make room for racism. There is no other way to fight racism.

Racism is violent in its nature and as the EFF, we are not afraid of going after whites and putting them in their place. #CICinMohokare pic.twitter.com/C7PGihuAsC