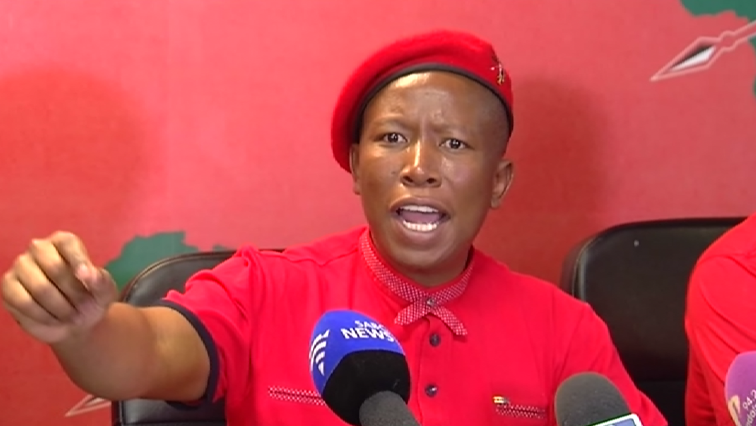 The DA says it will lay criminal charges against EFF leader, Julius Malema as well as EFF MP Nazier Paulsen over recent social media posts which appear to incite violence.

The party says a tweet by Malema calling on EFF members to attack and another by Paulsen with a picture of a machine gun is a blatant attempt to incite violence.

DA Chief Whip Natasha Mazzone has also urged parliament’s Ethics Committee to investigate both Malema and Paulsen’s tweets as it goes against the Constitution and their oath of office as MPs.

“Members of parliament swore an oath of office and we are bound by that oath of office; one of which is to hold up the constitution and the values of the constitution. In what constitutional democracy in the world would an elected public representative be allowed to openly and publicly incite racial warfare? And this kind of rhetoric has no place in our country. Also the fact that you have a weapon such as an AK47 or a semiautomatic machine gun proudly showing that these weapons are in their possession is a criminal offence.”

DA to lay criminal charges against Malema and MP Paulsen for inciting violence: