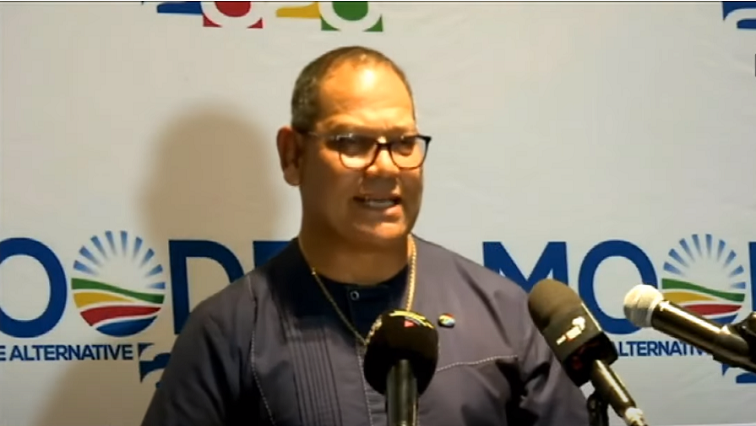 The Democratic Alliance (DA) says it saddened and concerned by John Moodey’s decision to resign as leader in Gauteng and to leave the party. Moodey made the announcement earlier on Wednesday.

Moodey says he was facing various trumped-up charges aimed at destroying his chances of leading the party.

He also accused the DA of being captured by a few individuals, saying he would have been kicked out of the party eventually if he did not leave.

DA national spokesperson, Refiloe Ntsekhe, says Moodey had an opportunity to prove his innocence first before leaving the party.

“In a democratic environment such as the DA, you are innocent until you are proven guilty. He still had the opportunity to go through the SLC process to prove himself to be innocent before leaving the organisation. One wonders why he is actually leaving; it is concerning. I think it’s his own personal decision and we must respect him and wish him well and thank him for the time he has served this organisation. It’s under his leadership that we did well in the 2016 elections.”

DA does not cater for all South Africans

Speaking from his home in Florida, Johannesburg, Moodey said earlier that he could no longer be a part of a party that does not cater to the needs of all South Africans.

“And though I am beholden to the DA for the opportunity it has provided me in contributing to building a better South Africa, the current DA is not the same one I joined 22 years ago; I can no longer drive my hand for a better South Africa in this environment and I am aware of many more DA members who feel the same way I do. So fellow South Africans, I announce that today I resign as a member of the Democratic Alliance,” Moodey said earlier Wednesday.

Moodey has been the leader of the DA in Gauteng for four consecutive terms but now says he is no longer at home in the party he joined 22 years ago. He says after throwing his name in the ring to contest the leadership of the party in the upcoming elective conference scheduled for the end of October, he has been confronted with various trumped-up charges aimed at getting him out of the party.

“Because I dared to put my hat in the ring to contest for the federal leadership, I am facing charges for defending Mmusi (Maimane) in public by exposing those behind the attack against him in the media. And I have been informed that there are further charges to be brought against me for allegedly being involved in a conspiracy to frame a senior DA Parliamentarian on charges of soliciting sex for jobs. There is a conspiracy amongst senior members of the DA to have my leadership terminated on manufactured evidence and allegations and as I have said I have experienced these smear tactics in the past.”

He questioned the process which would have seen him face disciplinary action.

“I haven’t yet received my charges but what I did receive and you know I have read a bit of law I may be dumb looking, but I am not stupid. So here is the thing; so I get a letter from the Federal Legal Council, ‘you know what, there are several dates available for you and it has been decided by the Chairperson of the Federal Legal Commission that this matter will go ahead virtually so you must please choose dates and if you have a legal advisor, please be available.’ When have you ever heard of a person receiving a date for a hearing without receiving a charge sheet?”

The former Gauteng leader says he will now either join the business or NGO sector.

He rejects speculation that he will be joining Herman Mashaba’s recently-launched ActionSA political party. – Additional reporting by Busi Chimombe.

Impact of John Moodey’s resignation on the DA: