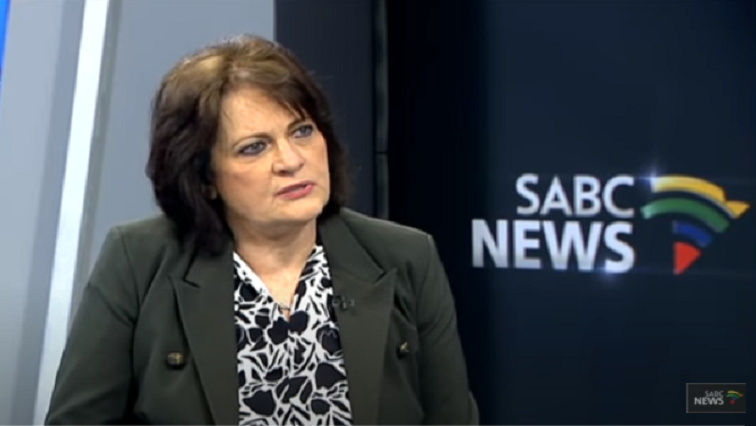 Democratic Alliance MP, the late Professor Belinda Bozzoli, has been remembered as an academic with a formidable intellect and an inspiration to all academics.

She was remembered at a memorial service at Wits University on Thursday where friends, family and colleagues paid tribute to her.

Bozzoli died last Saturday at the age of 75 after battling cancer.

She completed her BA and Honours degrees at Wits University and her Masters and PhD at the University of Sussex and was an Associate Fellow at Yale University.

In 2006, she was awarded an A-rating by the National Research Foundation.

Bozzoli has been described as a baobab tree that has fallen, and a staunch supporter of academic excellence by her colleagues and family.

A sombre mood lingered in Solomon Mahlangu House at Wits University, the institution where Bozzoli was once a student.

Outgoing Vice-Chancellor at the institution, Professor Adam Habib, has described her death as a tragic loss for higher education in the country.

He says that at the height of the Fees Must Fall protests, he sought her counsel to navigate those tumultuous times. Habib says the respected academic left a mark in all the roles she has occupied.

“She was an incredible academic and scholar. She moved on to become a senior executive of this university and in every one of those life cycles, she left an indelible mark. I am terrified that the stewardship that is meant to happen by the portfolio committee is just not there and the one sane voice in that portfolio committee has now passed on. This is a tragedy for this institution and it’s a tragedy for higher education in this country.”

Contribution to the global academic platform

Bozzoli was also lauded for her research on the global stage. Professor at the Wits Institute for Social and Economic Research, Wiser, Catherine Burns says Bozzoli’s work becomes the basis for more research and encouraged women to study.

“Belinda Bozzoli’s scintillating and challenging essay ‘Marxism and Feminism in Southern African studies’ has been read and cited across the globe and is the basis of an entire field of social theory in gender studies. It is a history of South Africa in less than 40 pages written in imbricated cords across regional, ethnic, race and class divisions with gender relations as its petrol and women at the wheel. Reading this work in the mid-1980s in South Africa when the word ‘woman’ was usually seen as an insult in public life and when one could go through an entire BA degree without reading women as workers or makers or thinkers was a lightening bolt and sparked dissertations and books into being that are being crafted to this day.”

Retired Constitutional Court Judge, Edwin Cameron, says although he did not enjoy a personal relationship with Bozzoli, he admired her intellect and contribution to education. Cameron says the country mourns an intellectual leader.

“She was more than just a top right academic and more than just an inspiration to other academics. She was also simply a joy to have on council. She was alert, observant, witty, often very funny. She didn’t say much, but what she said had a powerful, intrusive impact and most importantly, she was an unparalleled ally in the difficult fights that unavoidably beset Wits governance. It was an unmitigated pleasure to have Belinda as a colleague and so with you we mourn Belinda’s passing. We also mourn the loss of her superb skills and stature and eloquence and an intellectual leader in our country.”

Others will remember her more closely and intimately. Long-time friend and colleague to Bozzoli, Professor Chrissie Rey, says she will remember Bozzoli as a friend who offered wisdom and guidance.

The pair met when Rey was Head of School in Molecular and Cell Biology while Bozzoli occupied the position of Head of Sociology at Wits University.

While Bozzoli was remembered for her contribution to academia, Rey says to her Bozzoli was a very special friend.

“I was privy to her wisdom, guidance, advice, support and encouragement. I will miss my chats with Belinda on the 10th floor but also in Rosebank where we used to meet often for breakfast and at home. We didn’t just talk about research and Wits. I used to be very passionate about astrology, of course, she did not believe in that at all but she was always very tolerant of me and occasionally even feigned interest but we used to laugh a lot and we both had a passion for cats and of course for books. I think we all acknowledge what a great intellect Belinda was and for me she was just a very special friend.”

Her family says it will miss her wonder and gentle yet brave nature. Her son, Gareth van Onselen, gave an emotional tribute to his mother.

“Our mother loved beautiful things. She devoured books and art and music and drama. She revelled in science and technology. She marvelled at architecture and engineering and medicine. She was in awe of nature and biology, of both the universe and the atom. And she immersed herself in theory and debate, in sociology and history, in politics and science and philosophy, all the beautiful things in this world and the people responsible for them animated our mother. She saw this wonder everywhere, often in places no one else was looking and in people no one else acknowledged.”

Onselen says he also admired her mother for her bravery.

“It’s worth saying that she was brave in other ways too, astoundingly brave in both her life and death in a manner that could only ever fill you with awe and utter admiration if not disbelief at the depth of the well from which she drew on her endless inner strength. She did that for others as much as herself. She was selfless in the most noble way. But it’s the world of ideas ultimately that is poorest at my mom’s passing. The electricity or which her enthusiasm for beautiful things ran could’ve powered a city. Luckily, all the beautiful things remain and in them we will always see a bit of her for that really is where her spirit resides.”

Details of Bozzoli’s funeral are yet to be released.

Deeply saddened by news of the passing of Prof Belinda Bozzoli. As an academic, she helped shine a spotlight on the intersection between race and class exploitation during apartheid. Heartfelt condolences to the family, friends and ⁦@Our_DA⁩ #RIPBelindaBozzoli pic.twitter.com/dqjDhF3v2O

I did not know the DA’s @belbozz Belinda Bozolli. But I knew as an undergrad student at Wits University I knew Prof Belinda Bozzoli. Her voice against racism and discrimination of any form was unmistakable. May her soul Rest In Peace.

Oooh dearest, Belinda, Rest In Peace. Thank you for the memories, witty zingers and constant encouragement for academic empowerment. pic.twitter.com/79Ljy3w0GZ