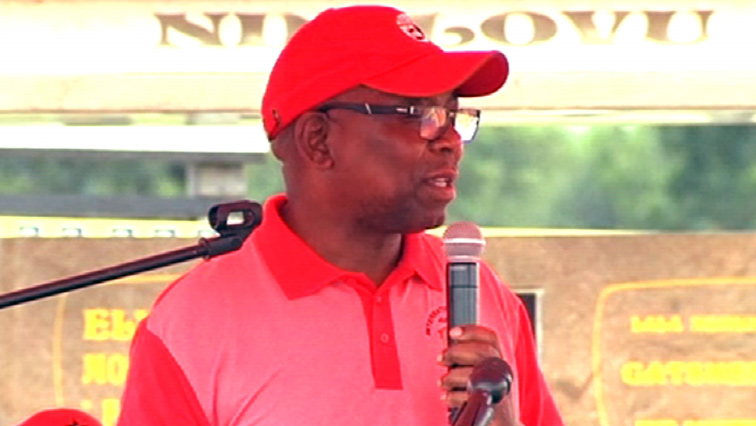 Congress of South African Trade Unions (Cosatu) General Secretary, Bheki Ntshalintshali, has called on the SACP to pull up its socks in further executing its mission in South Africa, or face a possibility of being irrelevant.

He was delivering a message of support to the SACP as the party marks the passing of former Chairperson Joe Slovo 26 years ago.

NtshaliNtshali says the notion that the SACP has no vision needs to be changed through proper leadership and a clear economic vision to assist the country to recover from the lockdowns.

“The SACP needs to be bold and start pointing and providing leadership or it will be forgotten by history and populists movement fill the vacuum. We have abandoned our tools of analysis and we have adopted the ideologies or tools used by the elite to further its own interests. This are the daily represented with the public as a natural law for economic growth.”

Also delivering a message of support, ANC Secretary General Ace Magashule reiterated that the unity of the ANC Alliance will always be the main focus for the movement.

The alliance comprises of the ANC, SACP, Cosatu and the South African National Civic Organisation (Sanco).

Magashule says it is the role played by the likes of Slovo that saw South Africa becoming a democratic country.

“On behalf of the ANC National Executive Committee, we take this opportunity to thank the South African Communist Party, for keeping alive the monumental contribution of this outstanding revolutionary of our movement. The unity of our alliance is the unity of our people and a continuation of our revolution. And I want to say forward with socialism.”

The General Secretary of the Young Communist League, Tinyiko Ntini, has on the other hand called on all ANC leaders and members to refrain from using the SACP in perpetuating factional battles within the movement.