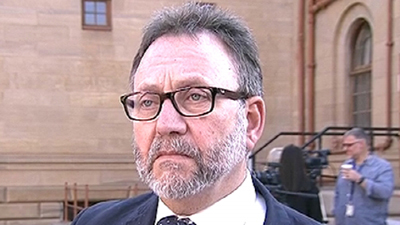 The Democratic Alliance (DA) Member of Parliament James Selfe has told the Commission of Inquiry into State Capture that a constituency-based electoral system would enhance Parliament’s oversight role with regard to the executive.

Selfe earlier told the Commission about his experience as a member of the Parliament’s Portofolio Committee for Correctional Services.

He says the African National Congress (ANC) did not do much under pressure from the party to stop Bosasa-linked corruption in the Department of Correctional Services.

Selfe says MPs must be allowed to make decisions independent of their parties even if this becomes a headache for party bosses.

“But I would argue that that does not necessarily serve the interests of democracy, doesn’t serve the interests of accountability and oversight. We ought to be in a position where a Member of Parliament is able on bona fide [in good faith] grounds following his or her conscience to take a view that is different from the party,” explains Selfe.

The video below, is today’s live stream:

On Thursday, the State Capture Commission chairperson Deputy Chief Justice Raymond Zondo expressed outrage at revelations that four ANC MPs who voted with their conscience, were told that they would be disciplined by the party’s top leadership.

Zondo was responding to the testimony from Makhosi Khoza who was ejected from her position as Chairperson of the Public Service Portfolio Committee.

This was after she admitted that she had voted with her conscience in support of the opposition’s August 2017 vote of no confidence against former President Jacob Zuma.