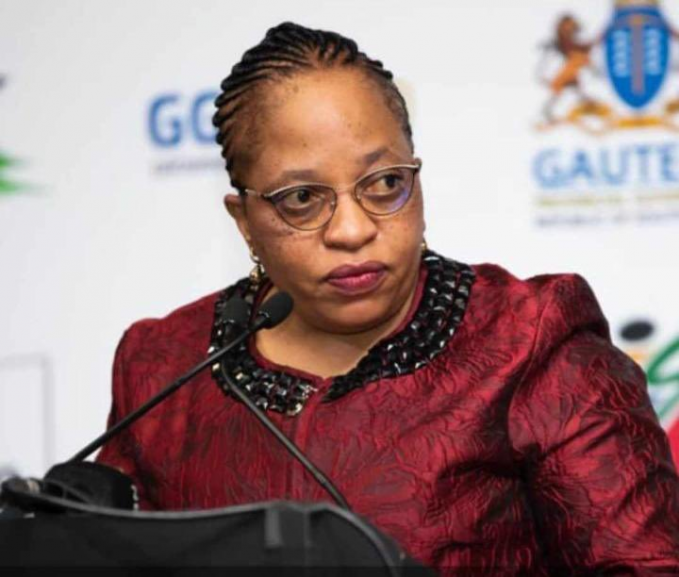 Gauteng Human Settlements MEC Lebogang Maile says the death of Sedibeng District Municipal mayor, Busisiwe Modisakeng, is a great loss to the ANC and the local government. She died on Friday morning after a short illness.

Modisakeng, who was born in Greylingstad Mpumalanga in 1966, had a fruitful political career which spans almost four decades. In the late 80s, she began as an anti-apartheid activist, under the banner of Congress of South African Students (Cosas), where she served as the secretary of the Heidelberg branch.

At the dawn of democracy, she was elected as Executive Mayor of Council in the Lesedi Local municipality. During this era of governance, she became the youngest Executive Mayor in Gauteng. She has also served in numerous other positions.

Maile has hailed Modisakeng as one of the long serving members of the governing party.

“We extend our heartfelt condolences to the Modisakeng family, her colleagues and the African National Congress. Councillor Modisakeng is amongst the longest serving and distinguished public representatives in local government. She occupied various leadership positions; first as the mayor of Lesedi municipality and the speaker of Sedibeng district municipality and recently Mayor of Sedibeng district and she was also the chairperson of SALGA in Gauteng.”

“SALGA has learnt with great sadness of the passing of a member of its National Executive Committee, Chairperson of Salga Gauteng and Executive Mayor of Sedibeng District Municipality, Cllr Busisiwe Modisakeng. Cllr Modisakeng has over the past two decades served local government with distinction in different capacities. SALGA, the local government fraternity and the country have lost a great leader, a wealth of experience and an inspiration to all who have worked with her. Lala ngoxolo. (Rest in peace)”

The Sedibeng District Municipality Spokesperson, Saviour Kgaswane, says the Mayor was a selfless and dedicated activist of the people.

“She was a very selfless and tireless community and political activist. One of the greatest impressions when I started working with her when she came to join us in Sedibeng was when she joined us she was always passionate about child headed households, about the elderly and always she found the time to help the needy. I think every year, except for last year, we always before the end will have a host of the elderly and second thing we will do is visit hospitals and even to welcome the babies and offer advice to the new mothers across our region.”