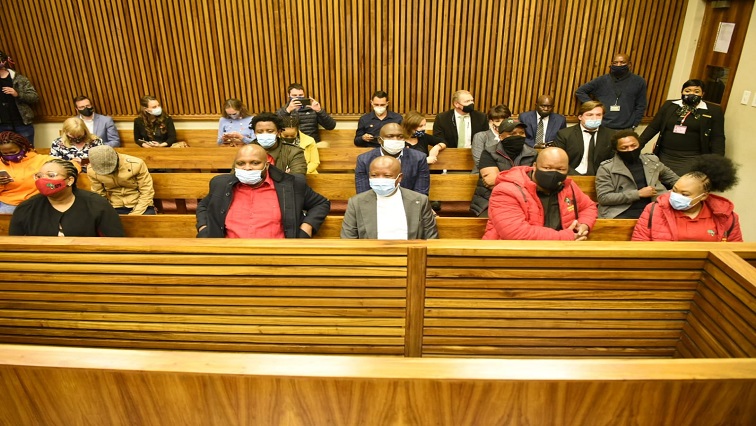 The assault case involving Economic Freedom Fighters (EFF) leaders Julius Malema and party MP Dr Mbuyiseni Ndlozi has been postponed to March the 9th, 2021, at the Randburg Magistrate’s Court, north of Johannesburg. A new witness is expected to be called in March.

Extensive use of video footage of the incident where Malema and Ndlozi are alleged to have assaulted the police officer has been used in court.

Malema and Ndlozi are accused of assaulting Venter at the funeral of Winnie Madikizela-Mandela in 2018.

On Wednesday, the court played CCTV footage of the incident when Venter refused to allow Malema’s vehicle into the cemetery.

Employed at the Presidential Protection Unit, Venter has told the court that both Ndlozi and Malema pushed him as he tried to explain that they can’t enter the cemetery using a vehicle, but only by foot.

Here is the CCV footage of #malema and Ndlozi pushing Col Venter.

You will decide if it warrant them to be in court today. pic.twitter.com/prNzWi6KXB

Colonel Venter conceded to Advocate Hodes that he did not check after the incident if Malema’s car was accredited.

The case has drawn a lot of public interest with thousands of EFF members also picketing outside the court.