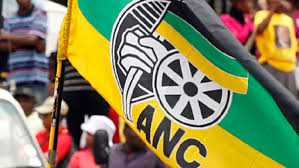 The ANC Youth League (ANCYL) crisis committee says it is taking its mother body, the governing ANC, to court to force the disbanding of the National Youth Task Team (NYTT). The group briefed the media on Sunday outside party headquarters, Luthuli House, in Johannesburg.

It said all efforts – which included marches in all provinces and writing letters to the ANC leadership – to have the matter resolved internally, failed.

The NYTT was appointed by the ANC National Executive Committee (NEC) last year after the Youth League national structure was dissolved. The committee said it has initiated a legal process demanding a declaratory order and interdicts against the NYTT and all ANCYL PECs.

The group said after exhausting all avenues available internally, it had no choice but to go the legal route.

“We are at a point where we are left with no other options because we’ve tried to engage the leadership of the ANC. We’ve tried to organise marches; we’ve tried to do everything humanly possible to raise our rejection of non-members of the youth league running the affairs of the youth league, which is why we are now at this point to say that today it’s an official notice to say that if you don’t want to explain it to us as members in Luthuli House then maybe you’ll want to explain in court papers,” says Committee member, Nonceba Mhlawuli.

The group said the decision was taken at a meeting attended by league members from all nine provinces. It said the existence of the NYTT is inconsistent with the league’s constitution.

“The members that are currently in the structure of the NYTT are not provided for in terms of the constitution of the ANCYL as well as that of the ANC. So, we want a declaratory order from the court to declare that indeed what is happening is illegality and then on top of that we get an interdict that these comrades stop meddling with the affairs of the ANCYL and bring back the ANCYL to young people,” says another member of the committee Matthew Sibiya.

The committee dismissed the NYTT blaming of the COVID-19 pandemic for delaying its work of reviving league branches.

“And this misnomer that is raised in public that there was COVID, therefore, there couldn’t be a conference is wrong because these illegitimate structures have been there for years. Comrades are self-serving; comrades have departed from principle; they can’t, out of their own conscientiousness, withdraw themselves out of something. They know it’s wrong. We shouldn’t be going to court. Comrades, out of their own conscientiousness, should be saying is ‘it is wrong to overstay and impose myself on a leadership structure when I know my term has surpassed many years ago.’”

Magashule was speaking during a door-to-door campaign in Lenasia South.

“The ANC NEC is dealing with the matter of the ANCYL and for now, we don’t need any crisis committee. If I were to meet those comrades I will tell them to be disciplined members of the ANC. Can comrades respect the NEC of the ANC, that would be my message to all youth league members?”

The committee also announced a national march that will take place early November where they will deliver the interdicts.