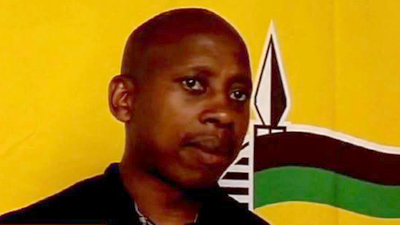 Embattled Nelson Mandela Bay African National Congress (ANC) councillor, Andile Lungisa, says he will not resign from his position. The ANC Provincial Executive Committee served Lungisa with a letter suspending his membership and he was requested to tender his resignation as a councillor, as he is facing criminal charges.

The former ANCYL Deputy President was convicted of assault for hitting Democratic Alliance councillor Rayno Kayser with a glass jug during a council meeting in 2016. He was sentenced to two years in prison.

He is currently appealing his conviction, not the sentence, in the Supreme Court of Appeals.  Lungisa says the National Executive Committee requested everyone facing criminal charges in a leadership position to resign, not ordinary councillors.

“You must remember as a leader I do not have a problem because the NEC decision said if you are a leader, I’m not a leader, I’m an ordinary council member. I have already stepped down as an MMC. This is just a pure witchhunt which also violates that decision of the NEC.”

Lungisa confirms receiving the letter from the PEC:

Attempts to get a comment from ANC Provincial Secretary Lulama Ngcukaitobi were unsuccessful.

Earlier, the ANC in the Nelson Mandela Bay Metro said should Lungisa refuse to step down from his position, he will be charged with contravening a direct order from the party’s NEC.  It said he will also face an internal disciplinary process.

Lungisa has until Thursday to submit letters to the Speaker of the Provincial Legislature and the ANC Provincial Secretary on why he should not be suspended.

Earlier this month, the ANC NEC announced a resolution that all members facing criminal charges must step aside from their positions.

ANC provincial spokesperson Loyiso Magqashela said, “We [will] have to subject him to a disciplinary process of the ANC should he then not adhere to the directive that we have given him. We do have that power.”