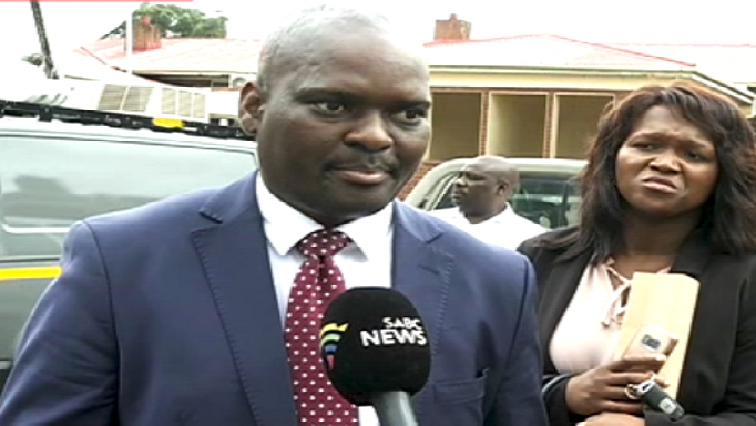 The ANC and opposition parties in KwaZulu-Natal are mourning the death of deputy speaker of the provincial legislature, Mluleki Ndobe. He died at his home on Friday night. He had been battling cancer for over a year but according to the police, Ndobe committed suicide.

The ANC says it has been dealt a blow with the death of Mluleki Ndobe, who was the party’s former Deputy Secretary in KwaZulu-Natal and current PEC member. He cut his political teeth while at school, and over the years held various positions in both the party and in government. He was the former Mayor of the Harry Gwala District municipality before being elected as deputy speaker in the KZN provincial legislature last year.

He also served as chairperson of the South African Local Government Association in KwaZulu-Natal. Premier Sihle Zikalala has described Ndobe’s death as a great loss to the province.

At the time of his passing, Ndobe was also the coordinator of the eThekwini Region’s Task team that was preparing the region for its conference.

Party provincial spokesperson Nhlakanipho Ntombela says: “He has been one of the outstanding cadres of the movement, young as he was. He was part of the ANCYL leaders whom we integrated from the former uMzimkhulu in the Eastern Cape to KZN with the late Sindiso Magaqa, they were the team that helps us to be able to launch the ANCYL in that region. He has been part of the ANC structures at the time of his passing, he was also responsible for political education.”

Opposition parties also expressed their condolences to his family and the ANC. IFP President Velenkosini Hlabisa says Ndobe performed his duties with diligence at the provincial legislature.

“On behalf of the IFP caucus, I convey our deepest sympathy and condolences for the passing on of deputy speaker honourable Mluleki Ndobe. We give condolences to the family and the ANC as his political party. Honourable Ndobe was one of the few with the highest qualities of leadership and in terms of maturity. Whenever he was chairing the meetings of the legislature he would demonstrate fairness and respect of other people’s views. The loss of Ndobe is a loss to all of us as the people of KZN and the people of South Africa. May his soul rest in peace”

The DA in the KZN provincial legislature has also expressed its shock following Ndobe’s death.

“He never took whatever we used to say personally, he remained humble and very respectful and he was able to do his job treating all of us from all different parties with the same treatment. You never feel when you walk to his office that you are from an opposition. He was able to embrace the diversity of our legislature, it a loss to KZN and the legislature as a whole,” says DA leader in KwaZulu-Natal, Zwakele Mncwango.

Last year, Ndobe was arrested and charged in connection with the murder of the late former ANCYL secretary-general – Sindiso Magaqa.

However, the charges were later withdrawn.