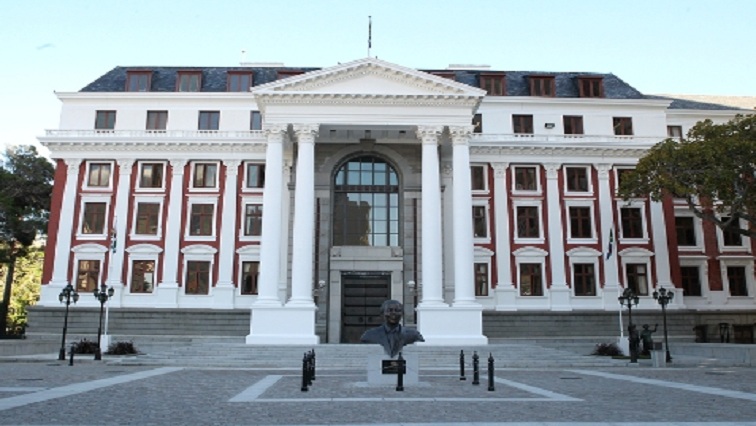 This year’s State of the Nation Address (SONA) and the COVID-19 pandemic, as well as its devastating impact on the lives and livelihoods of South Africans, are some of the issues that dominated Parliament this year. The Parliamentary calendar started off on a dramatic note after the Economic Freedom Fighters (EFF) protested against the presence of former president FW de Klerk at SONA.

EFF MPs were angry over De Klerk’s defence of apartheid during an exclusive interview with SABC News.

Before President Cyril Ramaphosa could deliver his address to the nation, EEF leader Julius Malema rose on a point of order.

“Honourable Speaker we have a murderer in the House. We have a man who has got blood of innocent people in this House which is supposed to represent the wills of our people and therefore it is incorrect for you to have extended an invitation to De Klerk because De Klerk is a murderer, De Klerk has got blood on his hands,  the people of Boipatong are turning on their graves and De Klerk said apartheid was not a crime against humanity.  He is an unrepentant apologist of apartheid.”

“Honourable Malema, I wish to rule on the submission you have made, this sitting has been called for one item and one item only,  to give the President the space to address the nation. It is a convention that all the Presidents and former Presidents who are still alive are invited to the sitting,  the former President De Klerk has been invited because of that. I, therefore, cannot sustain the submission you have made and therefore rule it out of order.”

But this fell on deaf ears as EFF MPs demanded De Klerk leave the chamber. In the end, Modise’s ruling prevailed and President Ramaphosa continued with his address, only to be interrupted by another EFF MP, Vuyani Pambo, who asked the President to fire Public Enterprises Minister Pravin Gordhan.

“Well, the point of order is that we cannot sit here in this Parliament with millions of South Africans watching us when they are in darkness because of one man who has made sure that our state-owned entities are in a state of collapse. Pravin Gordhan must go.”

Thabo Mbeki, and Kgalema Montlathe were other former presidents who attended this year’s SONA.

The National Assembly also debated the outbreak of the COVID-19 pandemic. The debate was brought forward by the Democratic Alliance’s spokesperson on Health, Siviwe Gwarube, who expressed concern about the public health system’s capacity to contain the virus.

“Countries have gone into crisis mode, imposed travel bans, and enforced quarantine measures as they try to vehemently contain this virus. The disease attacks countries across the globe therefore we must understand the inherent weakness of the SA health system. We should never unjustifiable spread fear, however,  we should prepare for the worst.  We know the state of our health care outside of an epidemic outbreak it is therefore not unreasonable to question our abilities in the absence of concrete plans to deal with the potential public health crisis.”

In his response, Health Minister Dr Zweli Mkhize assured South Africans that the government was doing its best to contain the spread of the virus. He also used the debate to inform the nation about patient zero.

“We have already confirmed the first case that has tested positive for coronavirus or COVID- 19 in SA in KwaZulu-Natal; I was informed this morning and have already briefed the President.  This is a person who had travelled to Italy and they were a group of 10, so they returned a few days ago. The patient had consulted a GP (general practitioner).”

A couple of weeks later, at the end of March, the country went into lockdown – forcing Parliament to also take a break. When it reconvened, it had to conduct its work largely over virtual platforms with only a few MPs allowed to return to work while others, especially those above 60 and with comorbidities, continued working remotely.

More than 1 000 committee meetings have been conducted virtually after the outbreak of COVID-19.  MPs also debated the President’s economic recovery plan following the devastating impact of COVID-19 on the economy and passed budget adjustments aimed at responding to the virus outbreak.