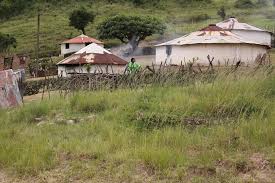 In trying to limit the spread of COVID-19, policymakers globally have the difficult task of balancing the positive health effects of lockdowns against their economic costs, particularly the burdens lockdowns impose on low-income and food-insecure households. In the case of South Africa, the lockdown policies are relatively stringent, and the economic impacts large.

The lockdown has two components. First, people have restricted their movement outside their homes and engaged in physical distancing. The result has been a dramatic decline in demand for services. These range across establishments like restaurants, theatres, sporting events and hotels.

Second, government has shuttered operations of non-essential industries to prevent spread of the disease at the workplace. Some industries closed voluntarily to stop the spread of the disease in their factories. In addition, the economic uncertainty associated with the lockdowns globally has led to declines in investment and international trade that are causing further economic contraction.

We have used an economic modelling tool called SAM-multiplier analysis (Social Accounting Matrix) that is well-suited to assessing short term shocks to an economy. We have estimated the impact of the South African lockdown on aggregate production of goods and services for final demand (gross domestic product, or GDP), earnings of different categories of labour (low to high skill), and incomes of household groups (poor to rich).

The work was conducted within the framework of the Towards Inclusive Economic Development in Southern Africa (SA-TIED) programme.

Our findings show that the economic impact of the pandemic and policy response has been very large.

Where it has hurt most

The largest initial shocks were in mining, service sectors and non-essential industries directly affected by the lockdowns. Indirect linkages in the economy spread the impact across all industries. For example, because many business operations, including some in manufacturing, operate at low levels or not at all, demand for electricity has declined. This, in turn, has reduced the demand for coal.

Once all indirect effects of the lockdown are considered, GDP, which is properly viewed as a flow of goods and services, is reduced by about one third (see right-most bar in Figure 1), with indirect effects accounting for most of the reduction.

Employment also fell dramatically. Low-skilled, less-educated workers have been hit the hardest. The net effect is that the shocks are most severe on poorer, more vulnerable households.

On their own, these negative economic shocks are sufficiently large to push many households into positions of food insecurity. This reduced capability to buy food has been brought about by the severe shock to household income rather than a shock to food availability such as in a drought.

Because the source of food insecurity has resulted from a collapse in earnings, income transfers via social protection have been highly effective in countering the economic effects of lockdowns. In South Africa, government transfers have helped to substantially support total income of households in the lower half of the income distribution. This has blunted (but far from offset) the impact of the crisis.

The remarkably rapid and severe shocks imposed by COVID-19 illustrate the value of having in place channels to transfer income to vulnerable households. They enable policymakers to soften the effects of such rare disasters.

Through the framework of social grants and unemployment insurance South Africa has to date been well placed to deploy income support during the lockdown. But the fiscal space to execute it is limited, and government revenues are coming under severe pressure. We estimate that tax revenue during the lockdown fell by as much as one-third below pre-crisis levels. The bulk of the losses is due to a decline in taxes from the sale of goods (such as value added tax and excises), as well as lower income taxes.

Great attention should now be devoted to developing a strategy for navigating the pandemic over the next 9-12 months.

South Africa has begun a risk-based, alert-level approach to balance contagion risks and the economic consequences of lockdowns. Devising suitable responses will require that economists and epidemiologists work together to understand the mechanisms at work and balance the health dimensions of policies to contain the pandemic and the economic fallout – especially on vulnerable groups.

Even with optimistic assumptions about the pace at which health-related restrictions are relieved and economic activity revives, the public health emergency will have deeply cut GDP in 2020 and worsened social and economic conditions.

More generally, COVID-19 has highlighted vulnerabilities and made clear the urgent need to devise ways to make the economy more resilient to health, climate and other risks. One clear need is to rebuild fiscal space. Before the onset of the pandemic, national government debt was estimated to reach 65.6% of GDP in fiscal 2020/21. Lower revenues and higher demands for health spending and social assistance are adding pressure to already weak fiscal metrics.

As the pandemic recedes, South Africa should look to rebuild fiscal resources so that it can respond to future crises.

Rekindling economic growth is key to creating this fiscal space. It is also key to building in other forms of resilience and to achieving development objectives. A good starting point would be the national treasury’s structural reform proposals. These are designed to raise the economy’s growth potential, competitiveness and ability to absorb labour.

With a catastrophic global pandemic coming on top of more than a decade of disappointing economic growth, South Africa needs coordinated efforts to manage the pandemic over the next 9-12 months. It also needs a deliberate process to lay the foundations for sustainable, durable and inclusive economic development.