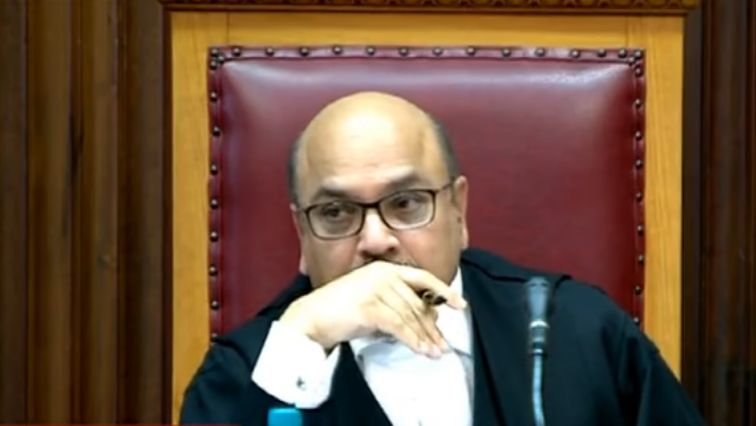 Western Cape High Court Judge, Siraj Desai‘s tenure on the bench has ended after a 25-year stint. Desai started his career in 1976 as an articled clerk for struggle stalwart and former cabinet minister, Dullah Omar, and went on to defend young people involved in the anti-apartheid struggle.

He has made several landmark rulings and has presided over some of the biggest criminal trials in the country.

Judge Siraj Desai has served in the legal profession for 43 years. More than half of this time on the bench.

His career began in the 1970s at the height of the struggle against apartheid in South Africa.

“I didn’t have a love for the law. I had a love for the struggle of this country which started at the age of 14 at Trafalgar High School and wanted to participate in any way. I could in the freedom of our people which I did the rest of my life up till now I suppose.  And when I left school, the only university I could go to was the University of Durban Westville because of the separate Universities Act. Young people forget that when we matriculated we couldn’t go to any university of our choice.”

Desai was the first person of colour from Cape Town appointed to the bench. The self-confessed social activist makes no bones about always having the interests of the poor and marginalised at heart.

His landmark ruling on garnishee orders in 2015 which was later upheld by the Constitutional Court is a case in point.

“The people were running a racket against the poor. That’s not (law), that was a criminal racket against the poor. The manner in which those emolument attachment orders were being attached. The government and the minister of that day failed. They failed in one sense. They treated the lawyers involved in this, as ordinary human beings. They should have treated them as criminals.”

Desai’s work to advance social justice has been hailed as his legacy.

Adv. Norman Arendse says, “I think one of his big legacies is actually his mentorship role that he has played over many years, in making sure that new judges, especially black and female judges are comfortable on the bench. That they feel welcome on the bench and that they weren’t intimidated by serving on the bench. He is leaving a massive, massive hole – a crater here at this bench. He is an institution; he is an icon and following in the footsteps of Dullah Omar, and others, Bennie Kies and other great advocates at the bar. So, he set an example.”

Three criminal trials over which he presided over the past two decades stand out for him. These are the rape and murder of Valencia Farmer in 1999, where he sentenced very young people to life imprisonment.

The murder of South African theatre legend, Taliep Petersen, and the triple axe murder of the Van Breda family in Stellenbosch.

He says, “In all these, certainly these three cases, there were no appeals. The attempts to appeal did not succeed. So, my judgement was final. I can also say this without any pride, that none of my criminal convictions over the years have ever been reversed by a superior court.”

Desai has served as the Deputy Chair of the Foundation for Human Rights on the council of the Cape Peninsula University of Technology. He presently chairs the National Council for Correctional Services, a position he will hold until February next year.

Judge Siraj Desai on purpose of the parole system: