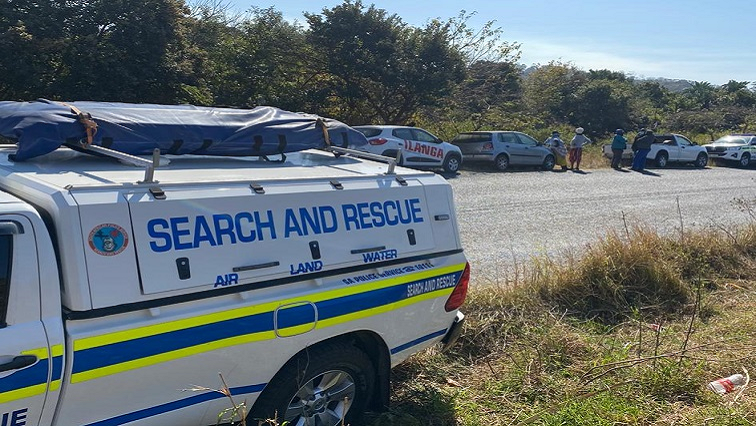 The following story contains graphic description, which may upset some readers, including children.

The discovery of human remains in Umthwalume, on the KwaZulu-Natal south coast, has the community fearing they could belong to yet another woman. In 2020 alone, the bodies of five women have been discovered in sugarcane fields in the area.

Police say they are investigating the murders in uMthwalume:

Mafutha Khomo, who was arrested and linked to at least four of the murders, allegedly committed suicide in police custody before his court appearance two weeks ago. Charges against his co-accused were dropped due to insufficient evidence.

Police are yet to confirm whether these remains are male or female.

The latest discovery of a body, burnt beyond recognition, comes as another blow to the Umthwalume community. The remains were discovered by community members who were on their way to work on Saturday morning, next to the main gravel road and not far from the spot where the body of Nelisiwe Dube was found in July.

Local resident, Gloria Myende, explains why the community believes the remains belong to a female.

“The by-passer that was going to work during the early of this morning saw the corpse and told the community. The body was dumped in a downwards position. By looking at the features, we can see it is a female as there are breasts and the structure of a face. You can say she is a female and watch was on the left hand side and it was not yet completely burnt.”

Chairperson of a local women’s’ rights NGO, Women of Umthwalume, Nombuso Sibisi says local women are living in fear – calling for action for their safety.

“We are living in fear now and we are so scared and we don’t know what to do. It is still obvious that is continuing; it’s still the same thing. It looks like they are the chain because the serial killer who confessed died, so now there is another one found dead.”

Sibisi made an urgent plea to President Cyril Ramaphosa in the wake of killings in the area.

“We are going to plan what we are going to do about this. But we are asking the President to do something as we don’t know what to do.”

KwaZulu-Natal police spokesperson, Jay Naicker, says at this stage police believe that the body may have been burnt elsewhere and the remains left on the side of the road.

“The body was burnt beyond recognition and covered in a plastic. At this stage, we cannot say whether it’s a male or a female. Indications are that this person was killed elsewhere the body was burnt and then dumped on the road side. Police in Hibberdene are investigating a case of murder. Detectives are still at the scene and further updates will be provided once the investigation progresses is complete.”

The community believes that many more women, who went missing in the area, could have fallen victim to the alleged serial killer.

Following Khomo’s death, Police Minister Bheki Cele confirmed that investigations into the discovery of the bodies this year are ongoing.

In the video below, Cele addresses the uMthwalume community: