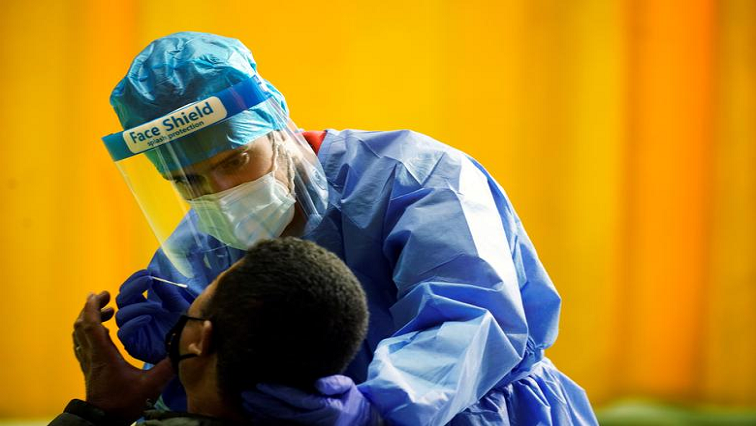 Home Affairs Minister Dr Aaron Motsoaledi says travellers to South Africa, who may not have a 72-hour valid COVID-19 negative test certificate, will have to undergo an antigen test.

Antigen testing is a rapid testing system in which results comes out within 60 seconds after the COVID-19 test.  The test will be performed at all ports of entry.

Antigen test has been pre-qualified by the World Health Organisation (WHO).

Minister Motsoaledi was addressing the media in Pretoria on border law enforcement under adjusted COVID-19 Alert Level 3 on Wednesday. He says the antigen test is targeted at those whose journey was due to an emergency or cannot afford a valid COVID-19 negative test certificate.

“Those who plan their journey are advised to obtain a 72-hour PCR certificate. Now when we realised that there are those who could not afford it or who, by some reason or the other, would not have done it, we’ve introduced antigen test. It was introduced specifically when Lesotho government told us that the Basotho cannot afford the PCR test and they want another means and the Department of Health immediately rushed to introduce the rapid antigen.”

Motsoaledi has further announced plans to be implemented to avoid congestion for travellers back into the country.

“Another 60 additional immigration law enforcement officers will be deployed to support the SA National Defence Force at identified high-risk areas along the borderline where people have a tendency to cross illegally into SA. The immigration officers and the soldiers are not there to stop people from coming into South Africa. They are there to insist that anybody wishing to visit South Africa, must use the official gates of entry.”

Dr Motsoaledi has rubbished reports that people died at the Beitbridge Border Post between South Africa and Zimbabwe as a result of congestion caused by his department’s lack of planning.

“So, apart from the truck driver who demised on 23 December 2020, the day the congestion peaked, the other deaths occurred long before the increased activity associated with the holiday season started. There was, of course, some mortality of people who have nothing to do with truck driving, but are always in that area, and this occurred on the 08th, 13th, 14th and the 22nd of December; before the period of congestion.”

Only 20 out of 53 border posts will be operating and Home Affairs officials will be deployed to ports of entry for the next two weeks to deal with any situation that may arise.