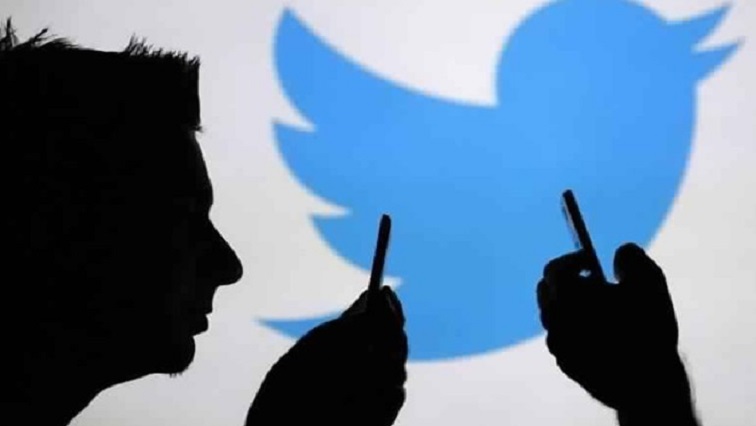 With 2020 coming to an end, there is no doubt that the world and South Africa went through a very challenging year. We all had to adjust to a different way of living because, while life as we know it came to a pause, we nonetheless had to find a way to move on.

As we say goodbye to 2020, we take you back to some of the trending topics in South Africa:

News broke out at the beginning of the year of a pandemic in our lifetime, the novel coronavirus (COVID-19). South Africa recorded its first case in March, after a group of 10 people returned to the South African shores from a trip to Italy, which was at the time going through its peak in cases.

Following the first case, President Cyril Ramaphosa announced that the country would be placed under a 21-day lockdown under the Disaster Management Act. Under the lockdown, citizens had to adjust to a new life of curfews, wearing masks, social distancing, sanitising among other things.

The lockdown also saw many citizens filling up trolleys in what was deemed as panic buying, with essentials such as toilet paper running out of stock in many shops.

SA citizens were also repatriated from abroad in cities such as Wuhan, China, which was the first city to report COVID-19 cases.

The SANDF was deployed to monitor the streets of South Africa. The deployment was not without its own controversies as the soldiers were accused of brutality by citizens. The most notable incident was the death of Collins Khosa allegedly at the hands of SANDF members.

Currently, the country is under Adjusted Alert Level 3 lockdown.

With COVID-19, came a myriad of fake news. This includes the 5G conspiracy theory, New World Order and also rumours that things like koeksoda and umhlonyane could cure the virus.

The virus also led to the interruption in the school calendar, with many calling for the suspension of the 2020 academic year. After more than a month of a break, schools commenced gradually and both learners and teachers had to adapt to the new world of masks, sanitisers and social distancing.

Under the lockdown to curb the spread of COVID-19, the government closed many businesses and enforced bans, including bans on cigarettes and other tobacco products. This as studies found that the odds of a COVID-19 case becoming more severe and leading to death are higher among people with a history of smoking.

Experts say smokers are likely to stick to contraband cigarettes:

This led to a legal battle between CoGTA and organisations such as the British American Tobacco South Africa (Batsa). Alcohol was also banned to relieve hospital trauma cases.

The ban on both products saw a rise in illicit trade. The alcohol was then unbanned under Alert Level 4 and banned again, then unbanned and just this week, banned yet again.

While speaking of economic intervention to COVID-19, President Ramaphosa announced that unemployed South Africans that are not beneficiaries of the SASSA grants would receive a R350 relief grant.

Only 18% of Sassa’s R350 relief fund applicants receive the stipend:

However, the grant was marred with controversy as many young people were turned away and former Auditor-General, the late Kimi Mkwetu, found that there were some illegal activities in the awarding of the relief grant, citing that dead people, some Sassa employees and their families, benefitted from the unemployment grant.

Makwetu said more than 30 000 payments, to the total value of R10.5-million, will have to be investigated. They included government employees and people who already get some form of social grant assistance.

While the grant was supposed to run until October 2020, Ramaphosa announced that it would be extended to January 2021.

With every address by President Ramaphosa, in which the president started all meetings with the term “Fellow South Africans,” South Africans termed the meetings, the family meeting.

The family meetings are those when the president would update citizens on developments in the fight against COVID-19 after consultations with the National Coronavirus Command Council. In these meetings, the president would announce new lockdowns and regulations, the banning and unbanning of products, etc.

After the President announced a R500 billion relief package, with some of the money borrowed from the World Bank and the International Monetary Fund (IMF), the Ramaphosa administration was marred with corruption allegations for PPE procurements, including allegations against Ramaphosa’s Spokesperson, Khusela Diko and then Gauteng Health MEC, Dr Bandile Masuku.

The President announced an open audit on the abuse of public funds.

Ramaphosa also wrote an open letter to his ANC comrades, urging them to stop participating in corrupt activities.

Former President Jacob Zuma also made headlines with his refusal to appear before the Commission of Inquiry into State Capture, otherwise known as the Zondo Commission.

Whether Zuma should be compelled to appear before the Zondo Commission is a matter that is currently being heard at the Constitutional Court – a process Zuma has refused to be part of.

Constitutions Court hears an application to compel Zuma to appear at the Zondo Commission:

With the country under lockdown, South Africa saw a spike in cases of Gender-Based Violence and Femicide. During the first three weeks of lockdown, GBV and Femicide Command Centre said they recorded more than 120 000.

These included the murder of heavily pregnant Tshegofatso Pule, who was found stabbed and hanging on a tree, model Naledi Phangindawo who was stabled and Sanele Mfaba who was found dumped by a tree in Soweto, among others.

While recounting the incidents, Ramaphosa said this was a “dark and shameful week” in South Africa.

With many children and women going missing, South Africans faced another prospect of a spike in human trafficking. However, the exact statistics of trafficking aren’t available. For the past five years, the annual US Trafficking in Persons Reports has classified South Africa as a country of origin, transit and destination for trafficking.

With many cases trending on social media of human trafficking daily, South Africans begged the authorities to do something about the matter. However, Police Minister Bheki Cele, said the attention human trafficking is gaining is just for publicity.

Questioning the role of culture in gender-based violence:

During the suspects in the murder’s appearance at the Senekal Magistrate’s Court, emotions ran high from protesting farmers, resulting in the burning of a police vehicle.

This sparked outrage, with many asking why those responsible for the protests and burning of the police vehicle were not arrested.

While many asked for Ramaphosa to prioritise farm murders, some argued that murder is generally a problem in South Africa; not just for the farming community.

In yet another racist incident in the country, many were outraged following a matric dance at the Brackenfell High School in Cape Town, Western Cape, where only white students were invited. The school argued that it was a private function that was not organised by the school and that the school was not party to it, but some argued that the matric dance was posted on the school website.

This led to protests against racism by the EFF, which saw violent tensions between EFF members and white a group of white people at the school. This is led to arrests.

The school then tried to get an interdict against the EFF anti-racism protests, but the school lost the bid. EFF was permitted to have a protesting group of not more than 100. However, the protest acceded the permitted number, leading to clashes with the police.

On a lighter note, South African TV personality, Katlego Maboe, made headlines after a video of his wife accusing him of cheating went viral on social media. The video showed Maboe confessing to the cheating.

His wife accused him of giving her an STD.

He was let go by SABC 3 Show Expresso Show and insurance, OUTsurance which Maboe was the face of –  after his wife accused him of being physically abusive towards her.

Maboe trended for a while, with many mocking him for confessing while others argued that he should not have lost his job as a result of his private life.

Honourable mention goes to those that we lost in 2020, including the daughter of struggle heroes Nelson Mandela and Winnie Madikizela-Mandela, Zindzi Mandela, who died from COVID-19 complications. Others that the country lost include Queen of Kwaito Mshoza (Nomasonto Maswanganyi), Black Mambazo legend Joseph Shabalala, media personality Vinolia Mashego, actor Allen Booi and actress Alize Cawood.