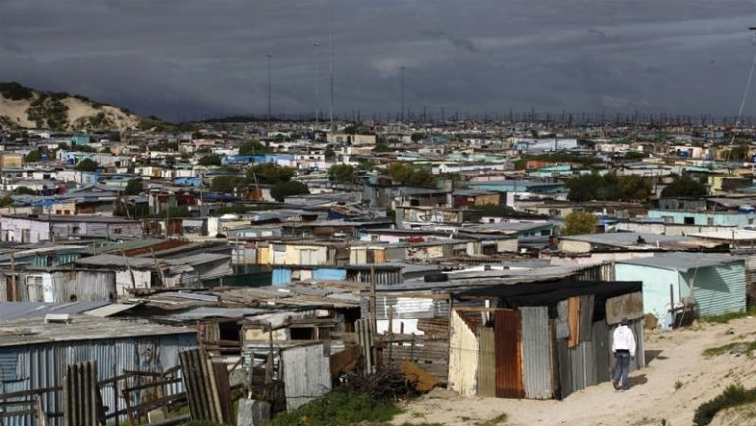 Residents from Tiphini informal settlement, in Mthatha, Eastern Cape, have blamed the King Sabatha Dalindyebo Municipality for failing to honour its promise to build them houses after evicting them from their land in 2012.

After their eviction and the demolition of their shacks, more than 1 000 residents were placed at the nearby Rotary stadium while others were given temporary structures.

It’s almost a decade since the residents were removed from Tiphini. They now stay in old temporary structures in a place called Soweto, just behind the beautiful BT Ngebs Mall.

The area has no electricity, no toilets and only one water tap. Families of close to ten members each are forced to share these two-roomed temporary structures.  The residents want the municipality to return them to their land in Tiphini.

“If there’s a way for us to get assistance from the municipality who evicted us. We want our land from Tiphini which we were evicted from. Everything government plans to do for us it must be done on our land in Tiphini where they humiliated us.”

“These prefabs only have one door which goes outside. But inside you have two bedrooms. Two families live inside there and each family uses a room.”

Other residents say they have been treated badly by law-enforcement officers.

“People lost their documentation after they were burnt down and their blankets. Their fires were caused by residents of Mdlekeza and waterfall. When residents from Tiphini went to find out those from Mdlekeza ran away and called the police. The municipality law enforcement personnel got there and beat the people and evicted them from their shacks”.

The civic organisation, ISANCO has described the conditions the residents live under as a crime against humanity. Chairperson Dr Zukile Luyenge says they are looking to the courts to resolve the matter.

“These communities have been here for quite a very long time and the fact that we were not been given a listening ear by the government on the matter that affects these people. It’s something that has long been there and the place where they are coming from is much better than the one they are in now. We then said now let us take this matter to the courts. We are approaching courts of laws in order for them to make a determination as to whether this is not a breach of the Constitution of the Republic of South Africa. This is a crime against humanity. Even lawyers of human rights we are engaging them to also make a contribution.”

The KSD municipality says it is still looking to identify land on which to build houses for the people. Spokesperson Sonwabo Mampoza explains.

“We are still verifying the availability of water and sanitation. we are still trying to verify suitable land. We are embarking on public participation to see if we can reintegrate them with the people they were fighting with from waterfall if the option is to return there. The main purpose is to incorporate them with existing townships in Mthatha.”

The residents claim they had a clinic, a recreational park and a hall in Tiphini before they were evicted. They say they have lost hope in the KSD municipality’s promises.