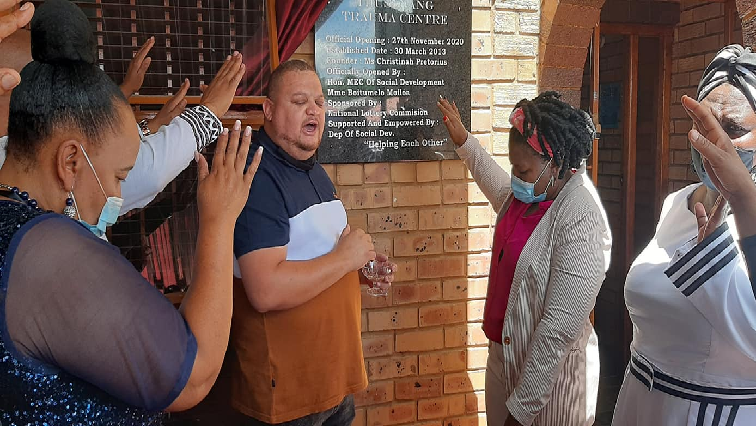 The Lichtenburg-based Thusanang Trauma Centre in North West has received much-needed upgrades to better their counselling and support to victims of gender-based violence.

The Centre was better capacitated by the provincial Department of Social Development to also provide overnight accommodation for victims of GBV and handle referrals from other stakeholders.

With increasing numbers of gender-based violence incidents reported, many women bare the brunt with nowhere to go to seek help or refuge. While some cases are reported to the police, but most victims are left stranded with no further assistance to start their lives afresh.

MEC for Department of Social Development in the province Boitumelo Moiloa says centres such as Thusanang Trauma centre have become necessary in all communities.

The founder of Thusanang Trauma Centre Christinah Pretorious says sometimes they feel they are fighting a losing battle as some of the victims go back to their partners or spouses while others even withdraw such cases at courts.

“Sometimes you will feel like that because we are doing awareness to teach the people to empower them and sometimes you help them then they go back to the court and withdraw the cases and goes back to the houses where they are abused but some of them we are winning it because they come back and tell us that they are empowered they can work for themselves and their families,” says Founder Pretorious.

Anna Hopley who is a survivor of gender-based violence tells her story.

“The other abuse is even the time I was pregnant when we were staying in a flat on the second floor where he will beat me and lock me inside the house. Then I manage to jump through the window of the kitchen. It was high, I was four months pregnant but through God’s grace I didn’t get hurt I only bled.”

The Thusanang Trauma Centre seeks to be a refuge for many other women who experience violence as a lived reality. -Report by Sylvester Serame and Tumelo Gaboutloeloe