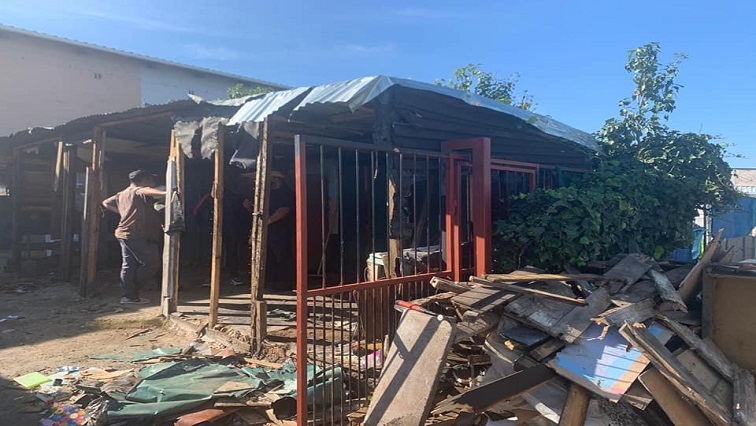 The parents of murdered Tazne van Wyk have expressed their gratitude to the Shackbuilder project for helping to rebuild their temporary dwelling in Connaught Estate in Elsies River.

This comes after Tazne’s mother Carmen van Wyk told President Cyril Ramaphosa during a virtual dialogue session last week that promises made by him to assist the family following the young girl’s murder have not materialised.

In February 2020, the body of eight-year-old Tazne was found in a storm water pipe outside Worcester.

On Wednesday morning, builders from the Shackbuilder project were on site to dismantle the Van Wyk’s dilapidated structure.

Van Wyk says, “At first we are very painful and grateful because if we did not even meet Quinton (Shackbuilder project owner) how will anything have been done that’s how far we were thinking. Now look at those promises months ago and nothing has been done until now and Quinton just came one day and the next day he starts.”