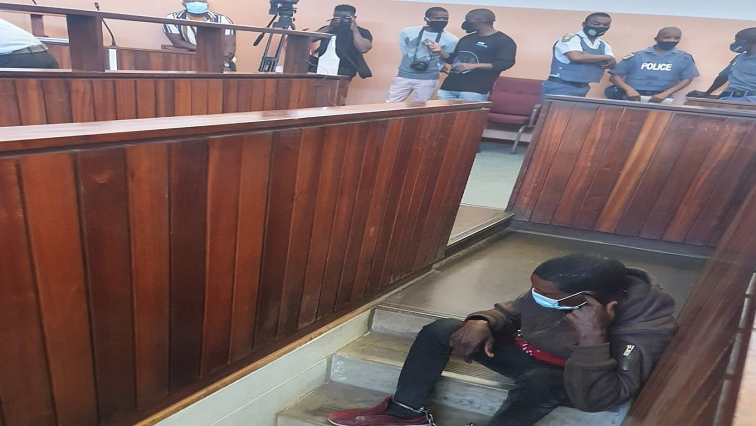 The suspect in the murder case of six people has abandoned his bail application. 34-year-old Nowa Makula made a brief appearance in the Xhora Magistrate’s Court in the Eastern Cape for the alleged murder of his partner, 42-year-old Nomzamo Sikhundwana, and her five children two weeks ago.

They were hacked to death with an axe.

The accused is facing six counts of murder and one of conspiracy to commit murder.

Nowa Makula indicated through his legal representative that he no longer wants bail. However, no reason was given for his decision. His case was then postponed to January the 28th for further investigation.

Last week, the accused required a Shona interpreter and on Monday was granted the services of Shelton Chinyangwa.

The bereaved family was also in court, looking sad and devastated.

Last week, the court proceeded without them present as Nomzamo’s younger sister Baliswa Sikhundwana fainted inside court while other family members left the court in tears.

Outside court, protesting residents were joined by African National Congress (ANC) Women’s League in calling for the suspect to be denied bail.

The Peddie-based Women and children’s rights advocacy group, Khula Development Project, wants the accused to be given a lengthy sentence.

After the postponement of the case, residents blocked the court entrance, preventing the police vehicle from transporting the accused out of court. Police then managed to control the crowd.

Meanwhile, a charge of Violation of Immigration Act has been added to the charge sheet. It has transpired that Makula has been in the country illegally for the past eight years.

In the video below, the slain family of six laid to rest: