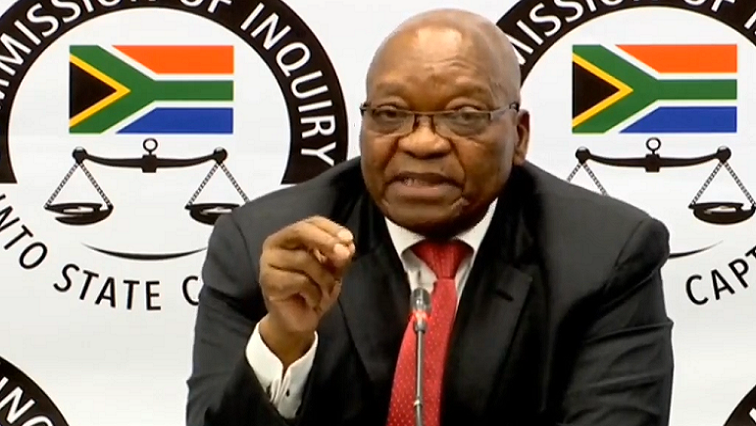 The Commission of Inquiry into State Capture is expected to resume on Monday with former president Jacob Zuma’s application for Deputy Chief Justice Raymond Zondo to recuse himself as the chairperson of the commission.

The former president also made it clear that he does not believe the concept of State Capture exists, and that it is a political and not an investigative project.

Zuma’s lawyer’s letter to the commission states that Zuma is “of the firm view” that Zondo’s alleged bias against him stems from “personal matters and strained relations that the chairperson ought to have disclosed right at the beginning of the inquiry.”

However, no evidence is provided of the strained relations, nor of what aspect of Justice Zondo and Zuma’s personal dealings could have resulted in bias.

The commission is looking at briefing an outside council to investigate the matter.

Meanwhile, Secretary of the Commission Dr Khotso De Wee has warned Zuma’s lawyers of a possible criminal sanction against him for ignoring requests for information with regard to Eskom and Prasa.