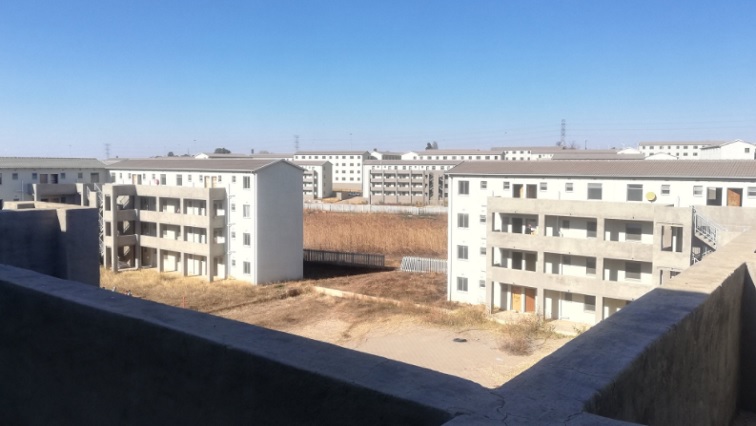 The situation at Fleurhof on the West Rand remains calm but tense. On Wednesday, residents clashed with police, the South African National Defence Force members, and the Red Ants during an eviction operation.

Residents were kicked out of a block of flats that they had occupied illegally.

In the video below, residents explain why they are occupying the block of flats illegally:

Police watchdog IPID is investigating the death of a man, believed to have been killed during the eviction. Some residents spent the night on the streets.

A few salvaged some of their belongings during the eviction but most were thrown out of windows and over balconies.

The sheriff said he had a court order sanctioning the eviction of 3 000 residents.

In the video below, residents say they don’t know where to go:

Police used rubber bullets and teargas to disperse the residents, some of whom were injured. The community blames police for the death of one of the residents. They say officers used live ammunition.

An inquest docket has been opened, while the Independent Police Investigative Directorate (IPID) is investigating.

“I can confirm that this matter has been reported to the directorate and the investigation resumed yesterday. However, I must indicate to you that the details around this particular incident are still sketchy. At this point in time, a post mortem which is going to be done is expected to give us more clarity in terms of what transpired,” says IPID Spokesperson Ndileka Cola.