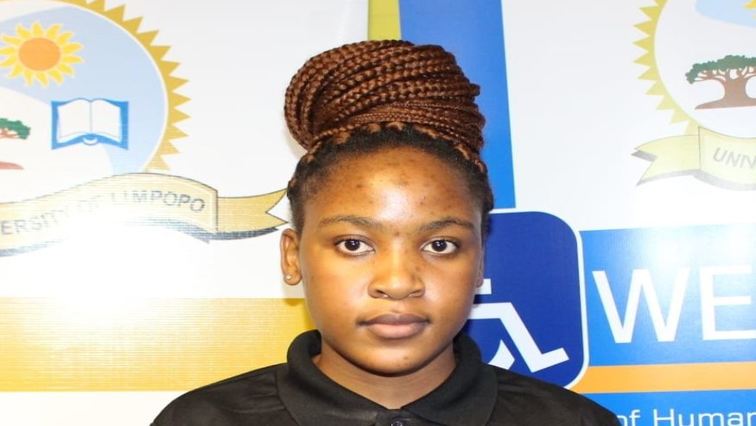 A 22-year-old University of Limpopo student has become the first female to lead the institution’s Student Representative Council (SRC) in its 61-year history.

Sekedi Mabatha was introduced to students on Wednesday during the virtual inauguration of the 2020/21 Transitional SRC.

SRC elections could not take place due to COVID-19 restrictions, and instead management and student structures nominated members to serve on the TSRC.

Mabatha, who hails from the Economic Freedom Fighters (EFF) Student Command ranks, will lead a Transitional SRC consisting of seven members from different student structures. The EFF Student Command had won last year’s SRC elections and its term has lapsed.

During her maiden speech, Mabatha, a BSc Agricultural Economics Honours student, announced that she is ready to serve.

“I come before you, having just taken an oath. I approach today’s installation in my office to service as chairperson of the university TSRC, with the sense of both honour and humility. I’m deeply grateful for the opportunity to make a difference in the lives of so many people, through the leadership of our great university. I’m also encouraged that we are showing capability as University of Limpopo is the producer of second and third generations of leaders in South Africa,” says Mabatha.

Each year, students face challenges such as lack of space in majority of courses, accommodation and exclusion from NSFAS. This year due to the coronavirus pandemic, they have also been confronted with challenges in the provision of electronic devices for online learning.

Mabatha has promised that the Transitional SRC will ensure that these issues are addressed.

“Students should be provided with service delivery, not just empty promises, and under the newly appointed TSRC, proper service delivery is prioritised. It is through our actions that we would give form to the institution which so many have fought and sacrificed for. Students wish for an institution society defined by equality, humanity and proper service delivery. We are mindful of the depth of the challenges that we must confront. We will have to use our courage, wisdom, to achieve the university of our dreams,” Mabatha.

University Vice Chancellor, Professor Mahlo Mokgalong, has appealed to all members of the SRC to uphold its constitution.

“We have a SRC constitution, you must respect it. The moment you operate outside that constitution, now if you no longer respect the document that put you in office, why should you remain there. You will be getting a lot of challenges, a lot of criticism, but that’s what leadership is all about. You are not there tory and be popular,” says Mokgalong.

Meet the University of Limpopo Transitional SRC for the academic year 2020/21, which was officially inaugurated during the virtual ceremony earlier today. pic.twitter.com/p449om5lIT