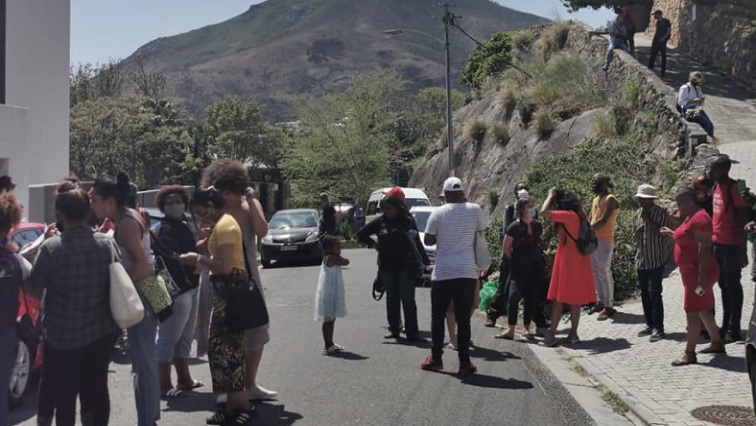 The seven queer activists who were unlawfully occupying an upmarket Camps Bay rental property, in Cape Town, for three weeks have vacated the premises.

However, lawyers for the property owner say they face paying the costs of an application for their eviction.

The #WeSeeYou collective rented the holiday home, paid for three days, and then started occupying the space. The seven activists maintain that their occupation was aimed at highlighting the need for safe spaces and housing for vulnerable groups.

They say the court order obtained by the owners to evict them has placed some of them in a precarious situation because they have no place to live.  During last week’s court process for the eviction, the City of Cape Town made available alternative accommodation in Philippi if they qualified.

“I do have another space to live in. I’m going to be evicted from that house as well. We are going to find ways in which to restrategise, rest and find solidarity because I think the anger is justified, and the alternative accommodation is not adequate,” says one of the activists,  Sarah Summers.

Another activist, Lethabo Hanong, says queer people face corrective rape and murder and need safe spaces in which to live.

“I came here because I’m a queer person. I’m a transgender person and I want to fight for the rights of queer people who don’t have a place to go, a shelter to go and don’t feel safe in their areas.”

The group has handed over the keys to the rental agency but the owners say they did not adhere to the time frame of 12 noon as ordered by the court. The attorney for the applicants, Milton De La Harpe, says a charge of fraud is also being investigated as the group took up occupation under false pretenses.

“The cost order is costs on an attorney and own client scale. It means that all the costs that my client has incurred for legal representation must now be paid by the respondents.”

A group of occupiers from Singabalapha in Observatory and Khayelitsha gathered at the premises, urging the activists not to leave, even threatening to occupy the luxury mansion themselves.

They dispersed shortly after.