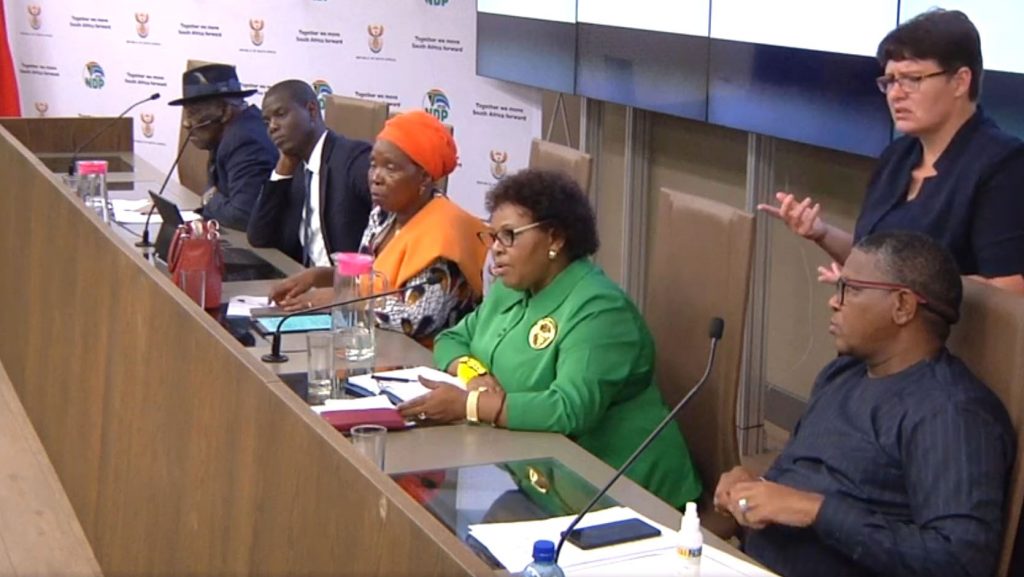 Ministers in the Security Cluster say public transport including minibus taxis, trains and passenger flights will come to a virtual halt when the 21-day lockdown takes effect at midnight tonight.

They announced far-reaching measures at a media briefing in Pretoria on Wednesday to clamp down on the movement of people in an effort to stop the spread of COVID-19 in the country.

SAA supports the national effort as announced by the government, to retard, contain, manage and disrupt the rate of transmission of the (COVID-19) https://t.co/GHYqOQW79g #FlySAA pic.twitter.com/LL7XPM5g8T

Mbalula however says minibus taxis and other taxi services like Uber and Bolt will be allowed on the roads from five o’clock in the morning to nine and from four o’clock in the afternoon to eight o’clock at night if they carry essential workers.

“Limited bus operations will only be allowed for purposed of rendering essential services.”

“All cross-border road passenger movements will be prohibited,” adds Mbalula.

In the video below, Minister Mbalula outlines plans regarding public transport:

Meanwhile, Minister of Defence Nosiviwe Mapisa-Nqakula has slammed what she calls the spreading of fake news on social media relating to the deployment of SANDF members across the country.

Mapisa-Nqakula clarified that no soldiers have been deployed yet and any visuals on social media of information that states otherwise are fake news.

“There is no deployment of soldiers currently in the streets of SA. You may have seen them moving in transit, you have not seen soldiers patrolling, manning roadblocks because in the first instance we are protecting South Africans against a virus. Our number of escalated and therefore we now have to come and support the police in enforcing the law by ensuring that everybody remains behind doors.”

In the video below, Minister Mapisa-Nqakula discusses plans regarding SANDF deployment:

Health Minister Dr Zweli Mkhize announced that the number of confirmed coronavirus (COVID-19) cases have  gone up to 709 cases on Wednesday morning.

In the video below, Health Minister Dr Zweli Mkhize gives an update on COVID-19