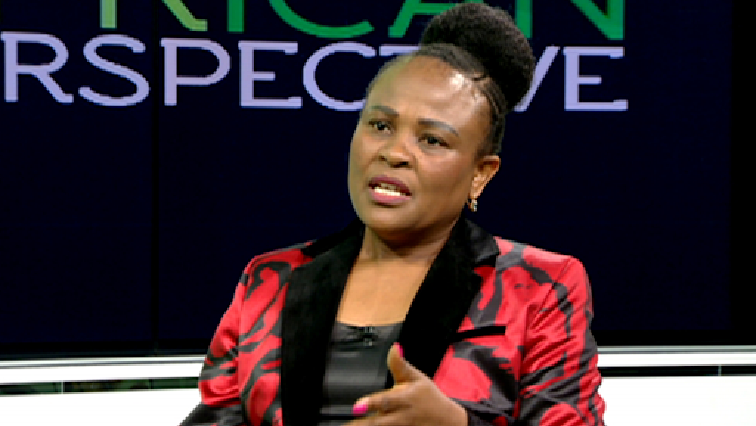 Public Protector Advocate Busisiwe Mkhwebane says she remains focused on her mandate of protecting the public against the abuse of power by the powerful. Mkhwebane was speaking in Pretoria during the release of the institution’s first ever clean audit.

This achievement comes at a time when the Office of the Public Protector is facing fierce criticism over the incumbent’s alleged incompetence. Courts have reviewed and set aside some of the office’s reports while Parliament has started a process to investigate Mkhwebane’s fitness to hold office.

The clean audit is the first for the Office of the Public Protector’s 25-year history. It means that the Auditor-General has found the institution’s financial books to be free of material misrepresentations and to have no material findings on performance reporting or non-compliance with legislation.

Mkhwebane says despite the challenges she remains focused on her work.

“At any given time we weather the storm one after another. That we are perpetually in the eye of storms. You know you need to be like an eagle and apparently when it sees the storm that’s when it goes upper and upper. So I think going back and let’s just be those eagles and make sure that in the midst of the storm we excel. Perhaps it comes with the territory but at what cost we will all ask. Am told as well that my predecessors have been down this road.”

The deputy Public Protector Advocate Kholeka Gcaleka says the clean report is a much-needed image boost for the office.

“So, if we really want to be voice of authority, the moral voice, not only it does mean that the moral voice in South Africa in this country, to the people of South Africa, we have to walk the talk. And colleagues have done exactly that. The colleagues have walked the talk. I’m so proud of you colleagues. I am really, really proud of you. Public Protector to you and the team,” says Gcaleka.

“So achieving the clean audit means that you have efficiently and effectively used public resources for the benefit of the South African population. It means under your leadership the machinery of the 357 foot soldiers which constitutes the Public Protector South Africa is steered in the most disciplined and conscientious manner. I congratulate you and your hardworking disciplined team for having achieved this. This achievement is significant.”

Mkhwebane’s tenure as Public Protector has not been an easy one:

Meanwhile, Mkhwebane says contrary to popular belief about her competence, her office has achieved 80% of its target. The Public Protector reports that between April 2019 and March 2020 it had a case load of 15 245, of which 11 643 were finalised.

However, the embattled Public Protector has suffered bruising defeats in the courts, with some of her reports declared irregular. Despite this, however, Mkhwebane says she is vindicated by her performance.

“Much is made of the fact that some of these reports are reviewed and set aside. From these conclusions are made that this office is fraught with incompetence and of which is not the case I mean out of 137 reports it’s only few. I think it’s around five or six which were taken to court and were set aside and but the numbers won’t lie and that’s nice because history will judge us fairly,” says Mkhwebane.