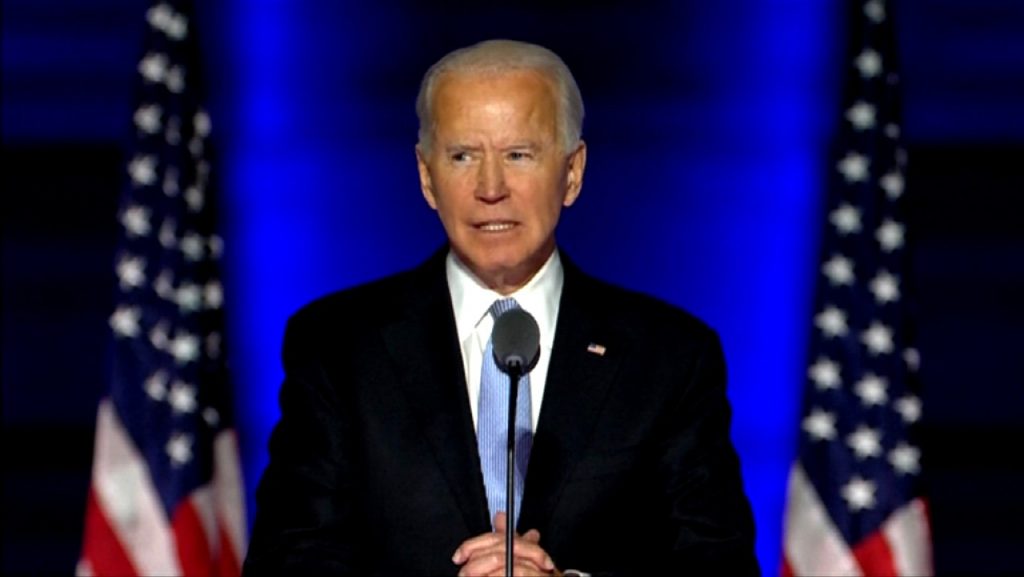 President Cyril Ramaphosa says he is looking forward to working with US president-elect Joe Biden in strengthening relations between the two countries and tackling tough global problems.

Ramaphosa says that the challenges include climate change, human rights and global security.

A statement from the Presidency said,” The United States contributed to the liberation struggle in South Africa and continued to provide support to help consolidate democracy after South Africa’s first democratic elections in 1994.”

The statement further says that the United States government provided generous financial and technical support to help South Africa’s efforts to combat the COVID-19 pandemic, thus building on the highly successful platform of health cooperation under the PEPFAR framework.

Democrat, Biden, has already started setting up his team to take over from Republican incumbent Donald Trump in mid-January. However, Trump has yet to concede defeat.

Full statement from the Presidency below:

Time to heal the US

Biden declared it was “time to heal” a deeply divided America in his first speech after winning in a bitter election, even as President Donald Trump refused to concede and pressed ahead with legal fights against the outcome.

Biden’s victory on Saturday in Pennsylvania put him over the threshold of 270 Electoral College votes he needed to clinch the presidency, ending four days of nail-biting suspense and sending his supporters into the streets of major cities in celebration.

“The people of this nation have spoken. They have delivered us a clear victory, a convincing victory,” Biden told honking and cheering supporters in a parking lot in his hometown of Wilmington, Delaware.

The Democrat pledged that as president he will seek to unify the country and “marshal the forces of decency” to battle the COVID-19 pandemic, rebuild economic prosperity, secure healthcare for American families and root out systemic racism.

Without addressing his Republican rival, Biden spoke directly to the 70 million Americans who cast ballots in support of Trump, some of whom took to the streets on Saturday to demonstrate against the results.

“For all those of you who voted for President Trump, I understand the disappointment tonight. I’ve lost a couple times myself. But now, let’s give each other a chance. It’s time to put away the harsh rhetoric, lower the temperature, see each other again, listen to each other again,” he said.

“This is the time to heal in America.” – additional reporting by Reuters