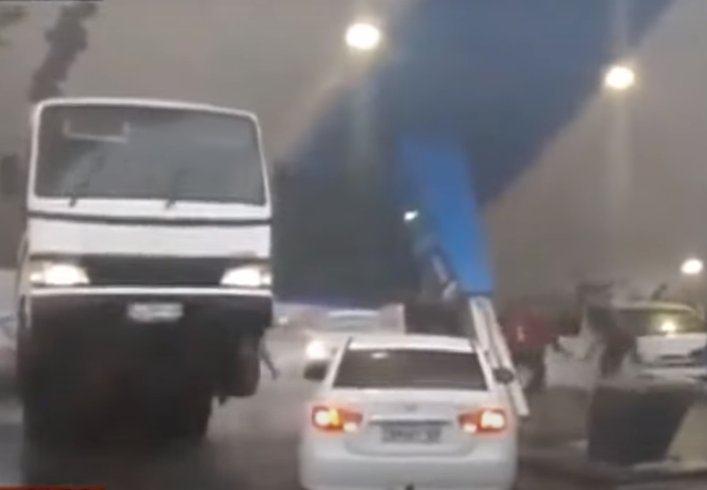 Petrol attendants at a filling station where a roof collapsed at Sharpeville on the Vaal are still in shock following the incident.

Three vehicles are still trapped under the roof. Two people have sustained minor injuries. The roof collapsed onto a small bus, minibus taxi and a car during a heavy storm.

The employees who are still reeling from the incident are gathered at their office waiting for the police to complete taking statements. They are hoping their employer will arrange counselling for them as they are traumatized.

They say they could not believe their eyes when the roof began collapsing and ran for cover. The vehicles parked near the pump stations are still trapped, but everyone is safe and accounted for.

Several areas have been flooded in the Vaal following heavy storms.

Report on the collapse: