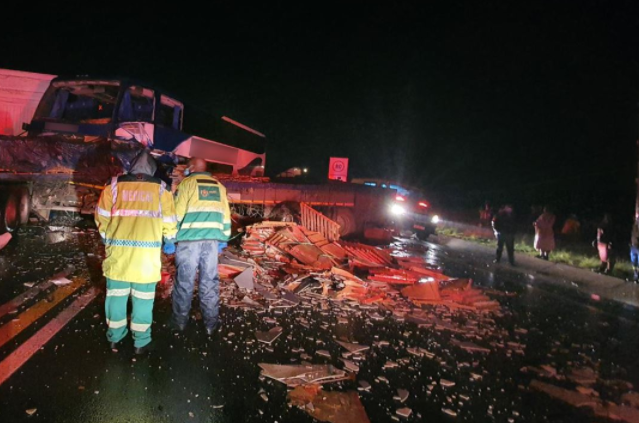 One person has been killed and 42 others injured in a collision between a bus and a truck on the N3 at Van Reenen in KwaZulu-Natal.

The road was closed for several hours following the collision which happened this morning. One lane has now been reopened.

Provincial Road Traffic Inspectorate spokesperson Zinhle Mngomezulu-Mali says the cause of the accident is being investigated.

“One person died and 42 others sustained injuries following a collision between a Greyhound bus and a truck on the N3 southbound at Van Reenen. The cause of the accident is unknown at this stage but we believe that the driver of the truck was arrested by Van Reenen SAPS. We had a road closure of a number of hours but now we have got one lane open to traffic. One count of culpable homicide is being investigated. It is believed that the Greyhound bus was travelling from Joburg to Durban. The accident happened in the early hours of this morning,” says Mngomezul-Mali.

Meanwhile, more than 20 people have been injured after the bus in which they were travelling overturned on the N1 north between Louis Trichardt and Verwoed tunnel in Limpopo this morning.

Emergency services personnel, traffic officers and police are at the scene.

The road has been closed.

Authorities have advised motorists to use the Witvlag road.