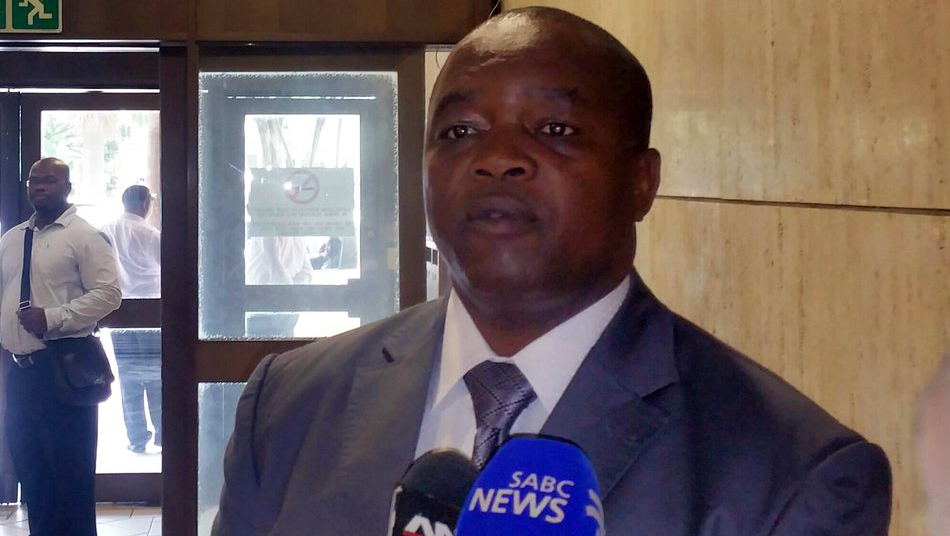 In August last year,  Nxele was dismissed after being implicated in the State Capture Commission in Parktown Johannesburg for allegedly receiving monthly bribes of about R57 000.

He says he wants the Minister to facilitate his return to work as soon as possible.

Nxele has been prevented again from returning to work last week by officials of the Correctional Services Department.

He has been suspended three times by the department but contends that various institutions set it aside.

While Nxele believes he deserves to go back to work, he says it is impossible as he has not got any response from the Minister.

He contends that he was suspended for allegedly exposing corruption and irregularities within the department in the Public Service Commission.

In the video below, Nxele was first suspended in January last year:

He was also suspended on December 2 last year and March 2 this year, but the Labour Court declared the suspension invalid.

In July, the department also suspended him but the suspension expired in October.

Nxele says there is no case against him.

“I have not received a response as yet and it’s true that I have written to the Minister and I have received the ruling of the arbitrator and secondly through my attorney. I receive the letter from Mr Frazer, national commissioner, that purported to extend the suspension even after the ruling by the arbitrator that dismisses his application.”

‘I am lost for words’

Nxele says he is innocent but the department insists that he must be suspended.

“I am lost for words but it’s mafia and kangaroo kind of justice because the Labour Court has ruled on the 10th of March that the suspension that was effected on the 2nd of March was invalid and was set aside. The department tried to appeal or applied leave to appeal and they successfully petitioned the Labour Court and I wish to put it on record that there is no appeal at the Labour Court, what the Department obtained was the leave to appeal but they have not taken up the appeal, therefore the court order of the 10th of March is operational, on that score alone, there are no basis for me to stay at home because there is no suspension.”

He believes he is sitting at home and wasting taxpayers’ money.

“The entry scale, inclusive package is about  1, 5 per annum, that is basically paid to all the DG’s, others they may be more because of the service they have rendered.”

He also criticises the department for sending officials from outside the province to make sure that he does not come to work, whereas they are accommodated in luxurious hotels.

“In the midst of financial belt tighten, financial constraints and cost-cutting measures, but they have the luxury of coming and basically be on holiday where they are extravagantly accommodated on a four-star hotel which is taking hundreds of thousands per week when their being serves nothing, there is no value added to the organisation but they are there at the gate.”

The Justice Minister’s Spokesperson, Chrispin Phiri, says they cannot comment on the matter as it a matter between the employer and employee.

Correctional Services Department Spokesperson, Thinabakho Nxumalo insists that Nxele remains suspended and there are internal processes that need to be followed.

“The department as on a number of occasions clarified that Mr. Mnikelwa Nxela remains suspended, he was informed of the decisions. As the department, we have no interest of engaging further in the public platforms as this is the internal matter between the employer and employee. We want to remain professional in our conduct and keep things as they are supposed to be. We strongly believe in the processes explain public services, we will therefore we want to follow to avoid where may found ourselves having to respond on departmental issues which must be internal in public platforms.”