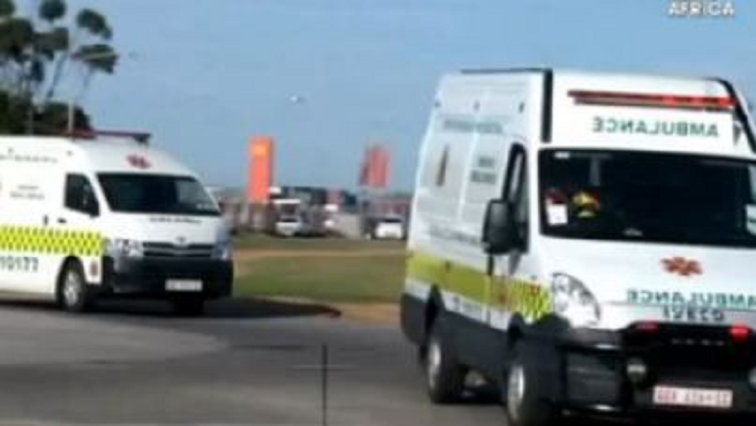 The Northern Cape’s Health Department has been criticised for the delay in dispatching its newly-purchased ambulances. The union, Hospersa, says emergency services personnel in Kimberley are desperately in need of the ambulances.

The union says their members are forced to overload the existing emergency vehicles currently in a state of disrepair.

Some of the new ambulances were unveiled more than a week ago; 21 are immobile and gathering dust.

Hospersa Local Chairperson Vergil Calvert says the department had promised that the ambulances would be ready for December.

“Promises have been made to the public and the community that these vehicles will be ready for the December period and as you can see, they are standing here. So we just want to know what is the hold up and what is going on as Hospersa because the community at large are suffering out there and EMS staff on the whole are also suffering because we are operating with vehicles that are not in a very good condition.”

Public and emergency personnel at risk

Some 65 new ambulances, worth more than R50 million, were purchased with huge fanfare. The union insists that the delay in dispatching all of them has put the public and emergency service personnel at risk.

“A call will come in at 10 o’clock and an ambulance will be dispatched maybe 4 or 5 hours later. These ambulances are told to overload the ambulances so our question as EMS and Hospersa is how do you load more than one patient into a vehicle knowing that we are in a pandemic,” asks Calvert.

The department’s Spokesperson, Lebogang Majaha, admits that they experienced a delay in registering and securing petrol cards for some of the ambulances.

“Majority of the vehicles we’re registered and they are already operational as we speak. These are the remaining vehicles, as I alluded, that they have been outstanding because of the registration process and that took a bit long.”

The department is adamant that the outstanding ambulances would be dispatched for public use by the weekend.